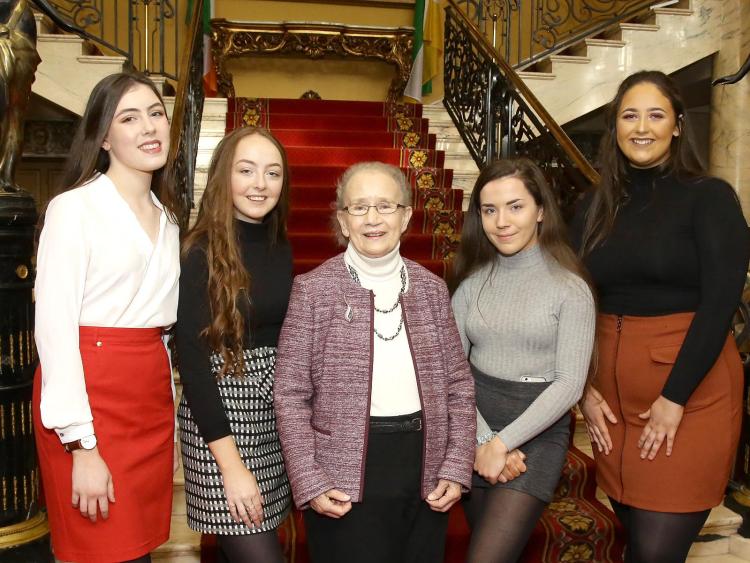 The lunch was held in the Bridge House Hotel, Tullamore, and the school were delighted to welcome retired Chief Justice Catherine McGuinness as a guest speaker.

Catherine McGuinness has led a very interesting and colourful life. Born in Belfast, Northern Ireland, she was educated in Alexandra College, Trinity College Dublin and the King's Inns. She was called to the Irish bar in 1977, at age 42. She was appointed a Judge in the Circuit Court in 1994, the first woman to hold that office in Ireland.

In 1996 she was appointed to the High Court and remained there until her appointment to the Supreme Court in January. Catherine has received many awards for her work with children and their rights in Ireland.

She has been honored with many doctorates for her work. Catherine has been described as "an advocate at heart and a patriot, in the true sense of the word who stands up for the rights of others, particularly those who are marginalised and vulnerable in our society.”

All of the Sacred Heart Transition year students were very inspired by Catherine McGuinness at the lunch. She spoke about women's influence in Ireland over the last one hundred years and the changes in law and politics. She has done great
things for women and children in Ireland.

She has changed many views on women and their stereotypical place in society during her time as a judge. The Transition Year students would also like to thank The Bridge House Hotel for a lovely meal, and to all the management and staff of the Sacred Heart school who helped in the organisation of the event. Of course, they would also like to show their gratitude and appreciation towards Catherine McGuinness. They felt honored and privileged to have her attend their lunch, and hear her speak.