The teenager's case was before Portlaoise District Court 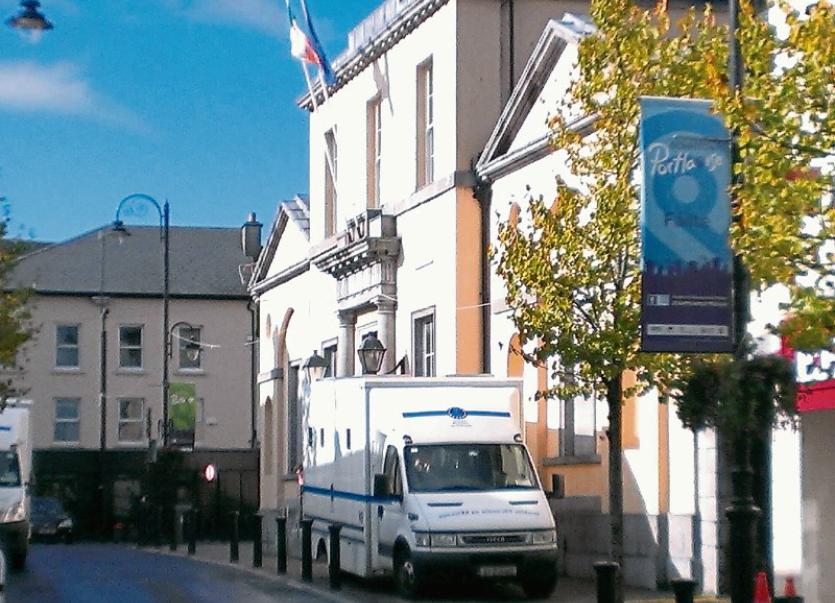 A 14-year-old male who smashed doors and windows and set fire to a tree at a care home on the Offaly side of Portarlington has been given the benefit of the probation act.

At last week’s sitting of Portlaoise District Court, the youth, who cannot be named, was charged with arson and criminal damage, at Lough Crew, Garryhinch, Portarlington.

Inspector Maria Conway gave evidence that on June 11 last year, at 3.30am, the gardaí attended the care home responding to a report of criminal damage.

A social care worker told them that two residents, one of whom was the accused, had caused extensive damage to doors and windows.

The gardaí returned to the care home later that same morning due to further damage, and observed the accused setting fire to a tree.

The accused was arrested and made some admissions to gardaí. Damage was caused to interior doors at the care home, and windows.

Insp Conway said the total damage caused was over €2,000, between the accused and the other resident. Defennce solicitor, Ms Josephine Fitzpatrick said her client was entering guilty pleas to both charges.

He was accompanied to court by his grandparents, defence said. Ms Fitzpatrick said her client accepted that he damaged some windows and a door, and was present when the fire started.

She said that the difficulty was that compensation was not a reality for her client. She said there was a probation report on the accused and he had written a letter of apology.

Referring to the report, Judge Catherine Staines noted that concerns had been expressed that the accused was taking some kind of drugs. She asked was he undergoing urine testing.

To this, the accused’s grandmother replied that urine testing is set to come and the accused will attend at a drug treatment unit. The probation officer will arrange this, she said.

Judge Staines thanked the accused for writing the letter of apology, saying she accepted that he was sorry. She noted that he would prefer to be at home with his grandparents and told him that he could not take drugs.

“If you start at your age, only 14, you’re going to end up again in care in a home, it’s so important that you go along for drug testing,” she said.

She asked him would he promise to undergo drug testing, to which the youth replied that he would. Judge Staines told him to keep up his sports and keep going to the gym.

“Drugs cost money,” continued the judge, “and pressure is put on people who then go out stealing and then this court has to deal with it. The best place for you is at home, but you have to do what your grandparents tell you.”

Saying she would give the accused a chance and hoped he would do well, Judge Staines applied the probation act, section 1.1.