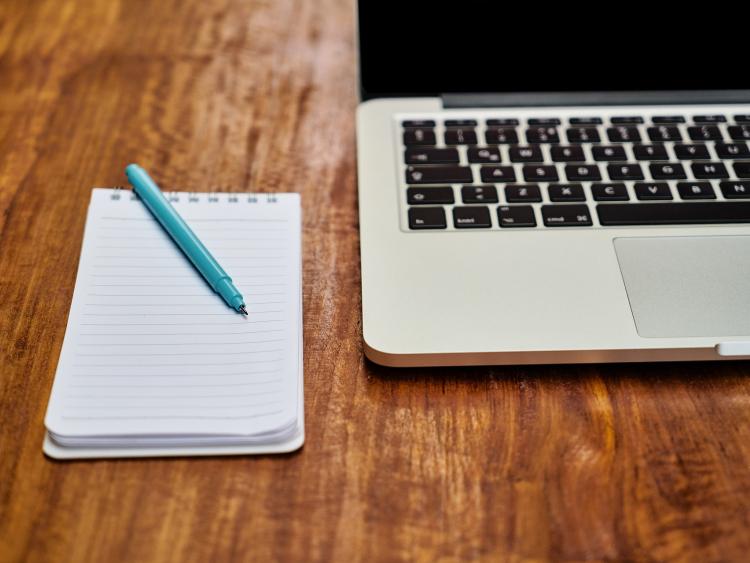 Complaint against Offaly Express not upheld by Press Ombudsman

The Press Ombudsman has NOT upheld a complaint against the Offaly Express in relation to an article that appeared on the website www.offalyexpress.ie on September 13 last.

The complaint was in relation to an article which reported an exchange on Twitter between a member of the youth wing of a political party and a homeless person from Offaly.

The complainant claimed that the article was in breach of four separate Principles of the Press Council of Ireland's Code of Practice - 'Truth and Accuracy', 'Fair Procedures and Honesty', 'Respect for Rights' and 'Privacy' - however the complaint was not upheld under any of the Principles.

The complainant in the case exercised his right under Data Protection legislation to have the decision reported in an anonymous form.

The decision of the Press Ombudsman in full

The Press Ombudsman has not upheld a complaint that the Offaly Express breached Principle 1 (Truth and Accuracy), Principle 3 (Fair Procedures and Honesty), Principle 4 (Respect for Rights) and Principle 5 (Privacy) of the Code of Practice of the Press Council of Ireland.

The Offaly Express is an online-only news service. It published a report about a Twitter exchange of views between an office holder of the youth section of a political party and another anonymous person. The subject matter of the exchange of views related to the efforts being made by the Government to deal with homelessness. The report was accompanied by a photograph of the complainant standing beside the leader of the political party associated with the youth section.

In an email to the editor the complainant claimed that the Offaly Express breached Principle 1 of the Code of Practice. The complainant said that the report was “not an accurate representation” of the twitter exchange as there was no reference to the hostile comments posted by the other person about him. The complainant also stated that this person only disclosed his homelessness status after he (the complainant) had posted the tweet that escalated the exchange of tweets.

The complainant also stated that Principle 3 had been breached as an invitation from Offaly Express to comment on the story prior to its publication had been addressed to his youth political party email address and this email had been directed to his spam folder. The complainant stated that his political party address must have been obtained from his youth party website. His mobile phone number is also given on this website and he argued that Offaly Express should have contacted him by phone when it did not receive a response to its email to him. He claimed that Offaly Express “stopped trying to get (his) version of events, preferring to rely on the version of the supposedly injured party in (his) story”. He also claimed that the publication of his image had been taken from his Instagram account without his permission. He further claimed that Offaly Express by allowing his accuser to remain anonymous, did not put him “on an equal footing”.

The complainant stated that Principle 4 had been breached. This requires the press to not knowingly publish matter based on malicious misrepresentation or unfounded accusations and to take reasonable care in checking facts before publication. The complainant did not accept that this requirement had been met in the research for this report.

He also claimed that Principle 5 had been breached as the report included his name, his political affiliation, his position within the youth section of his party and an image of his face. He noted that his accuser remained anonymous.

The complainant sought an apology, a retraction and that the article be deleted from the online archive of the publication.

The editor stood over the report as published. He stated that the complainant’s contention that the other person had disclosed their homelessness only after he had posted the contentious tweet was incorrect, and he submitted screenshots to support his view.

The editor stated that the comments that formed the basis of the report were found on public social media platforms. In regard to the email sent to the complainant seeking a comment, he stated that an email had also been sent to the president of the youth section of the political party and that the president had responded. The editor offered a right of reply and that the article would be updated and republished with the right of reply incorporated. In regard to the claim of breach of privacy the editor stated that the comments had appeared on a public platform and the office held by the complainant justified publication of the article in the public interest.

The complainant submitted his complaint to the Office of the Press Ombudsman highlighting that the absence of any reference in the report to the remarks made by the anonymous tweeter about him misrepresented the exchange of tweets as it was “one-sided and biased” against him.

He reiterated that the Offaly Express had made inadequate efforts to contact him before publication and that the inclusion in the report of the views of the president of the youth section of his political party did not represent him. He also questioned the fairness of identifying him in the report, but allowing his twitter opponent to remain anonymous.

He reiterated that the publication of his photograph with his party leader was a breach of his privacy, that he was “neither a public representative nor a civil servant” and that his position in the youth section of a political party was “voluntary”. The complainant concluded by rejecting the offer from the editor to amend the article online stating that this was “not enough to correct the wrong done to (him)” and that only an apology and a retraction would suffice.

The editor made a submission to the Office of the Press Ombudsman reiterating the points he had made in his initial response to the complainant. The complainant also made a further submission repeating his view that the editor’s offer to republish an amended article including a response from him was “unsatisfactory” as it would “simply draw attention to it for a second time”.

As the complaint could not be resolved by conciliation it was forwarded to the Press Ombudsman for a decision.

The complaint is not upheld for the following reasons

Principle 1
I have not found any breach of the requirement for truth and accuracy in what was published. The complainant argued that some of the abusive comments made by the anonymous tweeter should have been included in the report published by the Offaly Express. Whilst I can appreciate the desire of the complainant to see some reference to these in the report I do not think their absence distorts the accuracy of what was reported.

Principle 3
Principle 3 requires fair procedures and honesty in the procuring and publishing of news and information. The basis of the report that led to the complaint was a twitter exchange of comments. This means of communication is public and easily accessible. There is no evidence that the Offaly Express did anything in breach of Principle 3 in accessing the information that formed the basis of the report. Principle 3 also requires that photographs should not be obtained through misrepresentation or subterfuge. The complainant’s photograph is available on the website of the youth wing of the political party with no restriction on usage. This suggests the complainant has no objection to his image being used in the media. His objection is to the particular photograph used to illustrate the article. This was a photograph of him with the leader of the political party. Given the complainant’s role in the youth wing of the party its use was justified.

Principle 4
This Principle requires reasonable care in checking facts. The “facts” in this particular complaint are a number of robust tweets between two individuals. Whilst there is disagreement between complainant and publisher about the sequencing of tweets there is no suggestion that the descriptions of the tweets were in any way inaccurate. The complainant believes that his good name was damaged by the manner in which the exchange of tweets was reported. In particular he believes the failure to acknowledge that he was unaware of the homeless condition of the anonymous person when he tweeted some of his comments should have been referred to in the report. It is impossible for me to know if the complainant had considered all the comments made by the anonymous person at the time he tweeted his comment which caused offence. Complainant and publisher are in disagreement. This part of the complaint cannot be resolved, but I believe there is no reason to conclude that reasonable care in checking facts before publication had not occurred.

Principle 5
The complainant claimed his privacy had been breached. I do not accept this claim. He is an office-holder in the youth section of a political party and can expect a degree of public interest in his comments. The use of twitter by politicians and party activists is widespread and plays an increasingly significant role in public discourse. The Offaly Express was entitled to report the exchange of views and did not breach Principle 5. The publication of the report was in the public interest.