A new HIQA report examines foster care in the Midlands 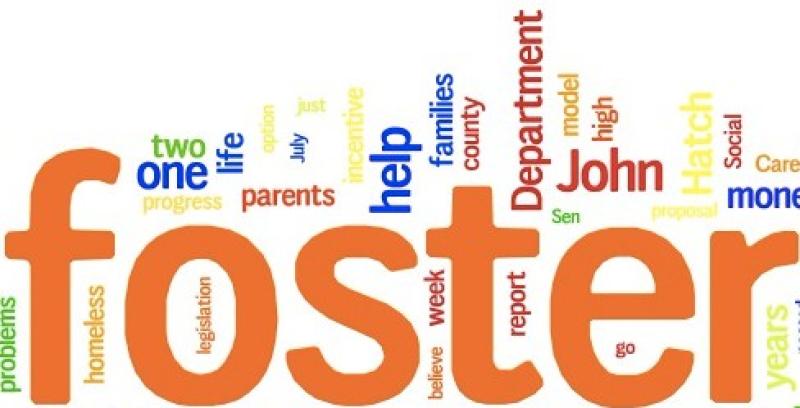 Nearly 60 children have to be sent to foster homes outside Laois and other midlands counties counties with some having to move schools because of a shortage of foster parents, according to a new report.

The Health Information and Quality Authority (HIQUA) has published a new inspection report into fostering services in the Midlands counties of Laois, Offaly, Westmeath and Longford. The service is run by the Child and Family Agency Tusla.

"The principal social worker told inspectors that there were 57 children in private placements outside of the area at the time of inspection. According to a needs analysis carried out by RAFT, the Midlands area reported the second highest national
increase in private placements during Quarter 1, 2017.

"A number of these children were placed a long distance from the area. This meant that they were located outside of their own community and access to and contact with their families and friends, may have been impacted. It also meant that maintaining children of schoolgoing age in their own school, may not have been possible.

"While the foster carers they were placed with were supported by link social workers from the local area, the
children’s social workers had to undertake long journeys to carry out their statutory visits.

"The service director told inspectors that arrangements were in place to ensure that where long-term matches were appropriate, these would be expedited and the care of the children would be transferred to the local area social work departments.

"There was lack of placements apparent in all age groups as well as shortages of placements for children with complex disabilities and/or complex health needs as a result of disability," said HIQA'S report.

Social workers told HIQA inspectors that they had little involvement to date in the recruitment of foster carers.

Five recruitment campaigns had been undertaken during the 12 months prior to the inspection.  There were 16 applications from prospective foster carers and six information meetings were held during that time and a strategic recruitment day for representatives from a number of diverse communities.

Inspectors reviewed the records of eight exit interviews conducted with foster carers who left the service. The majority said that they left for personal reasons and several spoke favourably about the support that had been offered to them. A small number said that they left due to lack of support.

Their suggestions for improvement to the service included ensuring access to counselling and psychological services for all children in care, increased support for foster carers own families and children, and support in managing relationships with the birth families of children in care.

Data provided to inspectors showed that there were eight placements available at the time of inspection.

The service manager told inspectors that the Midlands area was priotitise and that two of the four social workers on the team were based there.

The recruitment of additional social workers for the team had been sanctioned. There was a higher number of enquiries from potential foster carers in the Midlands area than in other areas in the Dublin Mid Leinster region.

Inspectors were told there is capacity to meet the level of demand there was from the area and that it was sufficiently resourced to respond to enquiries within 1-3 days and then hold information meetings or conduct  home visits when the potential foster carers might be a long distance from an urban centre.

HIQA Inspectors were told that there were plans to increase the number of staff on RAFT which, in time, may result in increased recruitment in foster carers.

Inspectors found that the service area had committed extra resources to the retention of foster carers since the previous inspection. The fostering team had increased in number and a dedicated principal social worker for fostering was put in
place and had taken up her post a number of weeks prior to the inspection. During the 12 months prior to the inspection, a programme of training and support had been put in place and the majority of foster carers had had a foster carer review,
which identified their individual needs for additional training and support.

Commenting on the publication of the report, Patricia Finlay, Service Director Dublin Mid-Leinster, Tusla, said: “This report demonstrates the significant progress that has been made by management and staff in the delivery of service improvements in the Midlands area. The report also identifies areas for improvement and we are actively working to implement a comprehensive action plan submitted to HIQA.”