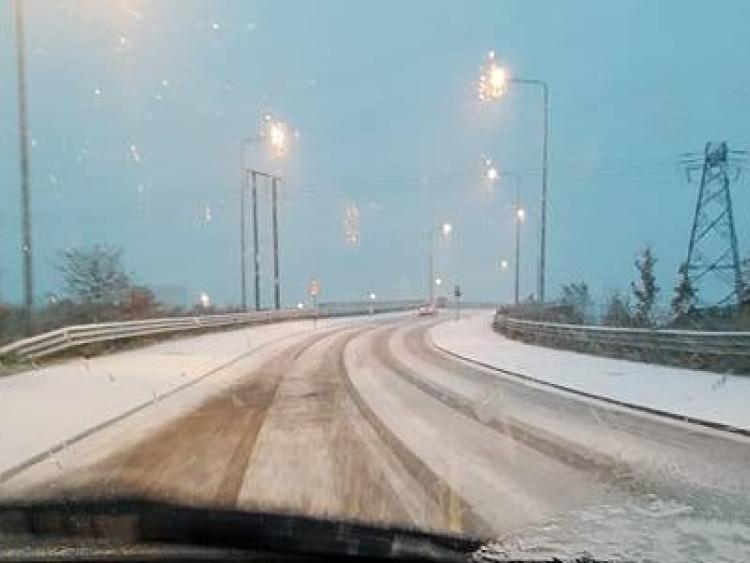 Motorists have been urged to exercise caution after Met Eireann issued three weather alerts - one orange and two yellow.

High winds, gales, snow and ice are forecast today and tonight across many areas.

The warnings include a Status Yellow wind warning for the entire country which is given a forecast of westerly winds reaching mean speeds of 55 to 65 km/h giving gusts of 90 to 110km/h.

In western coastal counties winds may be even stronger temporarily later this afternoon and evening with severe gusts.

The warning is valid from Tuesday at 5.30am until 3am on Wednesday morning.

The second warning is a Status Yellow snow-ice warning for every county. Snow showers will extend to most areas late on Monday night and during Tuesday morning. Some accumulations of snow are likely, especially in northern and western areas and over hills elsewhere, along with some slippery conditions.

This warning is valid until 3am on Wednesday morning.

The third warning is a Status Orange gale warning which affects mostly coastal counties. It warns of westerly gales on all Irish coastal waters and on the Irish Sea, with strong gales developing on coasts from Mizen Head to Erris Head to Fair Head, and possibly storm force winds later this afternoon and evening.