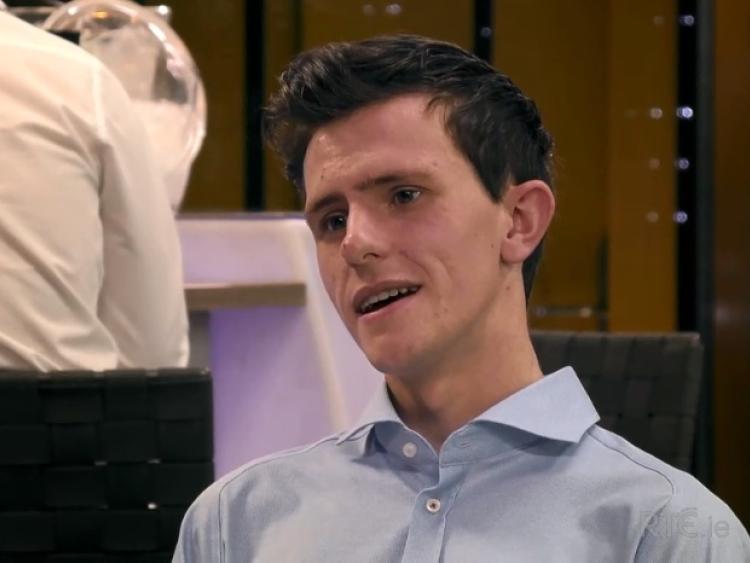 An Offaly man's date on 'First Dates Ireland' did not go according to plan on the first episode of the new series on RTE last night.

To be fair, student Samuel's hopes were not that high as he admitted before his date even started that he had come to the realisation that Jesus wanted him 'to die alone'.

It's safe to say Samuel's date with Leigh from Athenry got off on the wrong foot when he commented on what he was drinking and it's even safer to say it went downhill from there..... right down to insults about hair.

It's worth watching the full date by clicking here to the end and stick with it to see how both men do their level best to get out of an increasingly awkward situation.

We'll give you a hint as to what is going to happen, one of them answered 'the end' when asked what was the best part of the date.