A website has been set up to connect survivors 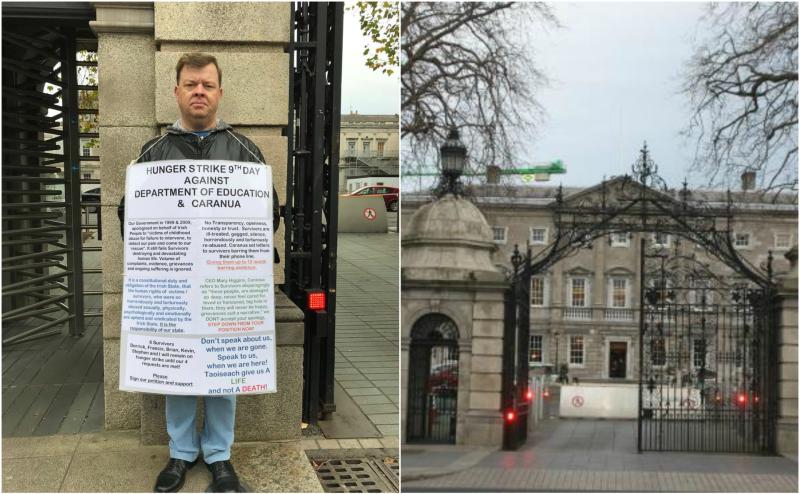 An Offaly survivor of institutional abuse has unveiled a website for the newly established Residential Institutional Survivor's Network in an attempt to connect survivors around the world.

The aim of the network is to give voice to Residential Institutional Survivors and to promote their interests and concerns. "This will be achieved through the convening of assembly talks currently under discussion with the Department of Education and to be announced in the New Year," according to founder William Gorry.

William, who is originally from Daingean, pushed for this network after becoming disillusioned with the semi-state body Caranua, which was established three years ago to deal with the redress for abuse survivors.

William suffered sexual, mental and physical abuse at the Mount Carmel Industrial School in Moate, Co. Westmeath, run by the Sisters of Mercy, in the 1970s.

In recent months, William, along with fellow survivors, staged a number of protests at their treatment by Caranua, a body set up to provide redress to survivors of such abuse. Numerous survivors said during their protests that Caranua degraded them and did not adequately deal with their concerns, needs and individual situations.

At one point, William engaged in a hunger strike for almost three weeks as he demanded a meeting with the Taoiseach or Minister for Education, Richard Bruton. The latter meeting occurred, and in late November, an agreement was reached between William and the Department to hold consultation talks with survivors.

"These consultation talks are survivor led and will give RISN survivors the opportunity to have their voices heard, to reflect on their experiences of State services in response to the issue of institutional abuse provisioning, and to make any recommendations survivors wish to call for," William Gorry told us.

William is now working in the background ahead of such talks and is seeking contact from other survivors also. "In order to give all survivors, who are interested in having their voices heard, an opportunity in attending a meeting, we would like you to contact us to show us just how many survivors are interested in establishing better services," he said.