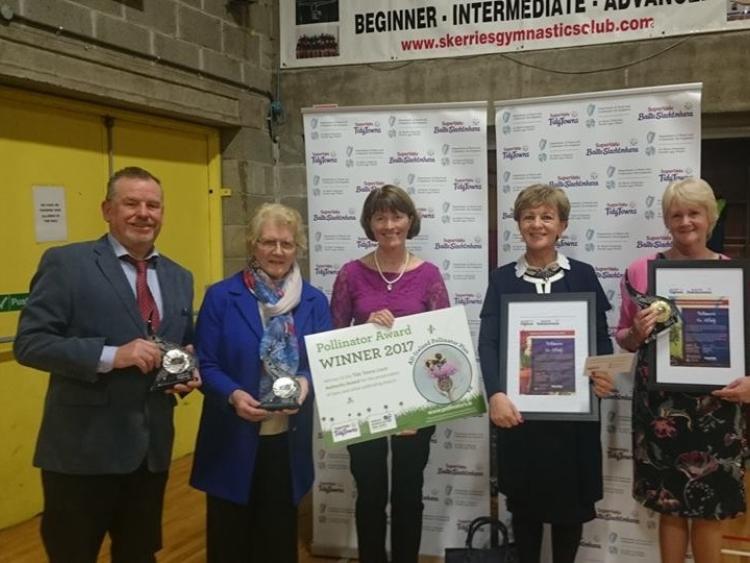 This year’s SuperValu TidyTowns awards for the Midlands and East region were presented on Tuesday at a prize-giving ceremony in Skerries.

The winners were presented with their awards by Minister of State at the Department of Rural and Community, Sean Kyne and Niall O Callaghan, Community and Sponsorship Manager with SuperValu.

Geashill was the Offaly County winner, Silver Medal winner and also the Village and National Winner of the Local Authority 'Let’s Get Buzzing Pollinator Award'.

Clonbullogue was also a Silver Medal winner and was also Highly Commended. Tullamore won a Gold Medal and was Commended.

Tubber won a Bronze Medal and Pullough received an Endeavour Award for achieving the greatest improvement in score in the county in 2017.