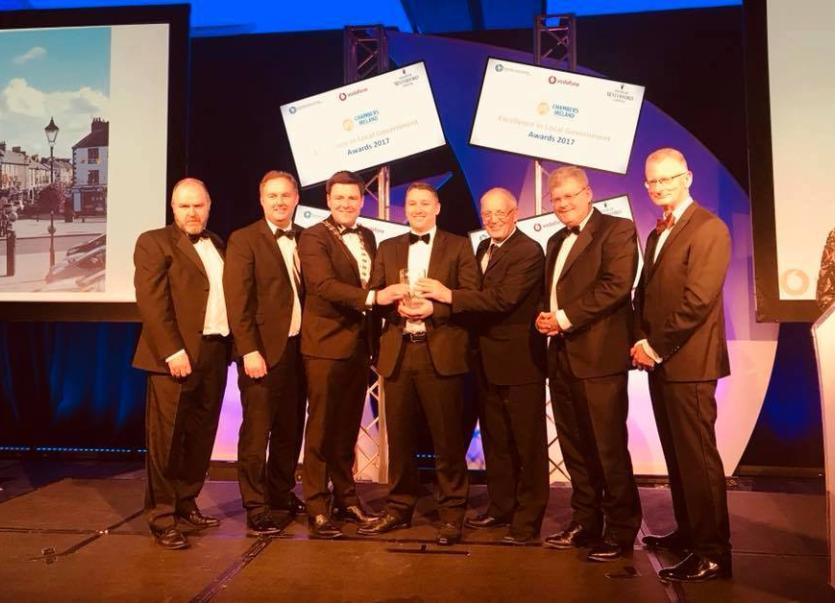 The Birr Municipal District of Offaly County Council has picked up an award for public realm works at the Chambers Ireland Excellence in Local Government Awards. The event showcases and celebrates the best of Local Government in Ireland.

Birr won the 'Enhancing the Urban Environment Award' sponsored by Vodafone. The award was given to the town in recognition of the authority "revitalising Birr by improving the way its public realm functions."

Ian Talbot, Chief Executive, Chambers Ireland said, “The Excellence in Local Government Awards demonstrate how each year Local Authorities work consistently to deliver services and initiatives that sustain, enhance and support our communities and local economies. Chambers Ireland is honoured to host these awards and recognise the dedication and hard work that takes place at local government level across Ireland."

Minister of State for Housing and Urban Development, Damien English TD commented about the awards, “These awards are an opportunity for each Local Authority to showcase to the public the hard work being undertaken year on year. It is important to recognise and reward the Local Authority's work which is making a real impact and delivering tangible benefits for people in our communities. I am very appreciative to Chambers Ireland for the important work they carry out regarding the Excellence in Local Government Awards.”

Monaghan County Council picked up the top prize having been named, Local Authority of the Year.