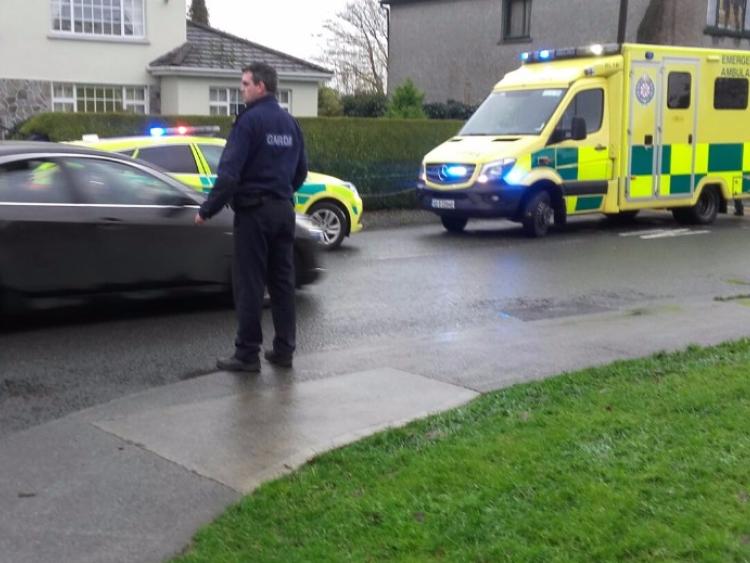 Emergency services attend the scene of an incident in Edenderry

There was a heavy garda presence at the crash scene close to the junction of Gilroy Avenue and St. Francis Street in the town, adjacent to St. Mary's Secondary school shortly after 12 noon this afternoon.

Two ambulance vehicles and a number of gardaí attended the scene where reports suggest two cars collided, with one leaving the scene and taking off in the direction of Tullamore

According to witnesses, ambulance personnel tended to a young child, believed to have been a passenger in one of the cars, at the scene. The child was later transferred to Tullamore Hospital to be treated for non-serious injuries.

Gardaí remained at the scene for some time directing traffic, while colleagues worked to apprehend the rogue driver.

A short time later, two men were arrested after the car crashed while making its getaway in the Ballyfore area, just outside the town of Edenderry.

The driver was arrested on suspicion of drink-driving while the passenger was also arrested on public order offences. Both individuals have been brought to Tullamore Garda Station.