Sophie was diagnosed at birth 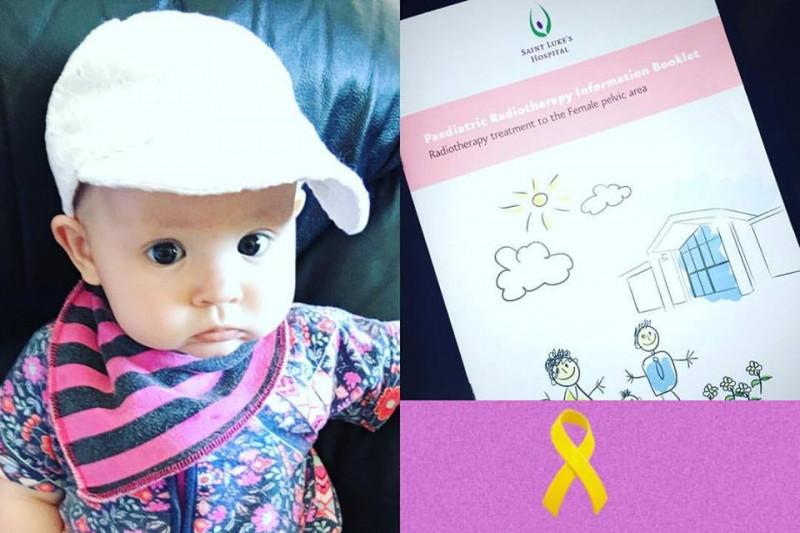 A major fundraising campaign is underway to help a severely ill baby girl in Co Offaly who is battling a rare form of childhood cancer.

One-year-old Sophie, the youngest daughter of Elaine Thornton and David Greham from Cappincur in Tullamore, was born with neuroblastoma.

Sophie was diagnosed at birth when doctors noticed she was not moving her legs. Sadly, her tumour damaged her spinal cord and has left her paraplegic.

In the first year of her life, brave little Sophie has had to endure eight rounds of chemotherapy, with the first beginning when she was just three weeks old. She has also undergone abdominal surgery, been subjected to 14 days of radiation and has ongoing complex medical needs.

Little Sophie’s story captured the hearts of the community in Cappincur and beyond and she is now at the centre of a major fundraising campaign.

It began when the local community in and around Cappincur, who enlisted the help of Cappincur GAA, decided that they wanted to do something to at least try to ease the financial strain on her parents David and Elaine, who also have another young daughter, 4 year-old Emily.

At the same time Moovember, a well established Offaly based not for profit charity founded by Paul Keating, Dan Cunningham, Mark Weir and Mark's wife Ruth, who is the charity's secretary, decided to throw their weight behind Sophie’s cause.

Moovember has been in operation in Offaly for number of years and during that time it has helped support several severely sick children and their families both in the county and nationally. Last year it helped raise almost €30,000 for the families of two seriously ill children, Alex Coyne and Grace Lowe.

They are now leading the fundraising campaign for little Sophie and are signing people up for Movember. This year they are on track to have somewhere between 500 and 600 brave locals shaved of facial, or other hair, at three different venues in Offaly on Saturday, December 2.

One of the founding members of Moovember, Dan Cunningham, said sponsorship cards were in high demand in Cappincur, Ballinagar,  Rhode, Daingean, Mount Lucas and Clonbullogue.

“There’s five or six hundred cards gone out,” he explained. "In Ballinagar alone they have 50 gone out and I think Paul Keating and Mark Weir have almost 200 out,” he said.

The fundraiser will culminate with somewhere between 500 and 600 people being shaved at Big Shave events in three pubs; Seerys in Daingean, Ned’s in Ballingar and in Maunsells in Tullamore on Saturday, December 2.

A fourth Big Shave is taking place on Sunday, December 3 and a number of other associated events are also taking place across county Offaly including coffee mornings, table quizzes, a pitch and putt event and cake sales.

One organisation has even convinced its staff to donate their kris kringle funds to the worthy cause.

For more information see Moovember 2017 or Cappincur GAA on Facebook and to donate, visit here.