Boy (17) questioned after mother's partner stabbed to death in Offaly

Gardaí continue to question a juvenile 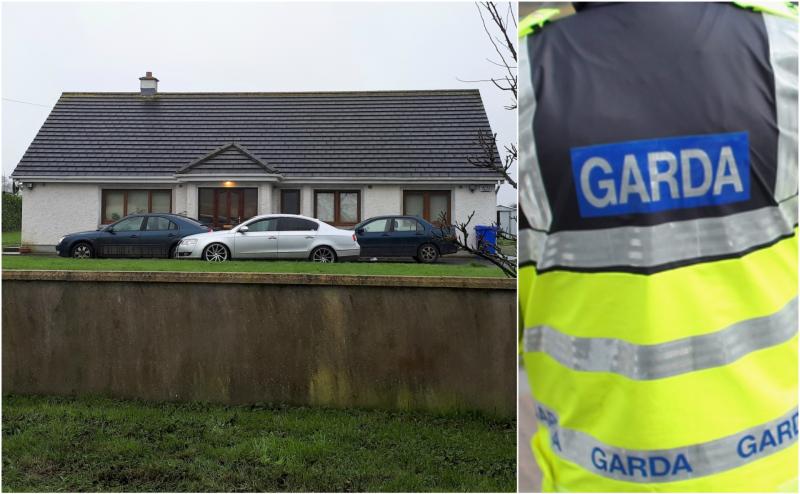 This is the detached bungalow on the Green Road, Ballyfore, Co. Offaly, where a 56-year-old foreign national, believed to be Italian, was fatally stabbed on Sunday evening.

Gardaí continue to question a 17-year-old boy, believed to be a son of the man's partner, a local woman with whom he lived.

Gardaí and ambulance personnel responded to the scene just outside the town of Edenderry after receiving a 999 call at around 7.50pm on Sunday evening, November 19.

Paramedics attempted to offer medical assistance to the man but he was pronounced dead a short time later. It is believed three other people were in the house when authorities arrived.

Reports suggest the man suffered a serious stab wound to his upper body.

Gardaí sealed off the house today as it underwent forensic examination and was visited by the State Pathologist. Gardaí are not looking for anyone else in relation to the stabbing incident.

A post mortem is due to take place on the man's body after it was removed from the house in Ballyfore shortly before 2pm this afternoon, Monday, November 20.

Local Edenderry councillor, Noel Cribbin, described the shock around the town of Edenderry, saying the situation is an "absolutely dreadful tragedy."

He described the family involved as "very private" and expressed his sympathy.

The juvenile is being held at Tullamore Garda Station under Section 4 of the Criminal Justice Act 1984. He will be charged or released in the coming days.