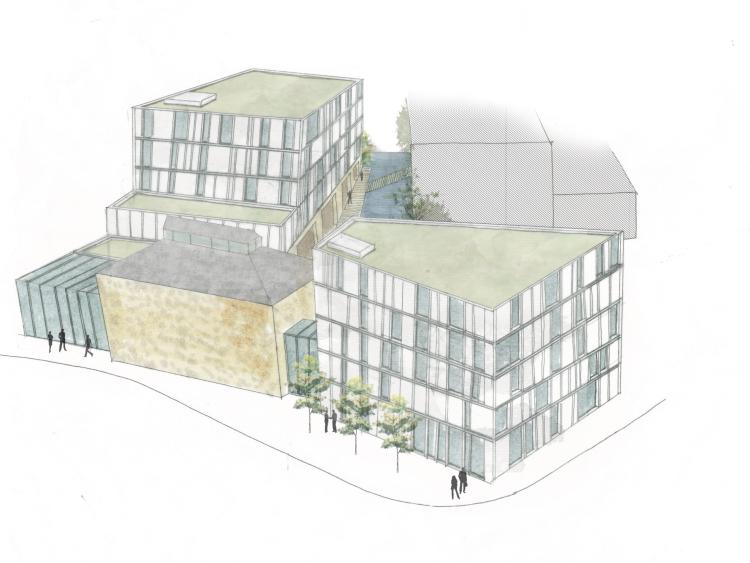 An Bord Pleanála has refused a planning appeal for a proposed casino and hotel development at Water Lane/Distillery Lane in Tullamore.

The owners of the Bridge House Hotel originally brought forward the plans last year, and they included provision for a casino, an 86-bed hotel and retail units. The plan included a proposal for works at the protected structures of the malt kiln and malthouse in the town.

It was turned down by Offaly County Council on grounds including expected traffic and parking issues, and the "aesthetically unappealing elevational treatment" of the protected structures.

That decision earlier this year prompted an appeal to An Bord Pleanála.

Having considered the proposal, which can be seen in an artist's impression above, included a five-storey building, the board opted to concur with Offaly County Council.

They refused permission on similar grounds, stating, "it is considered that, by reason of its design, bulk, scale and mass of the proposed buildings; the prominence of the site’s location in a town centre area and the visual relationship of these buildings with the malt kiln, that the proposed development would materially and adversely affect the character and setting of the Protected Structures on the site and would adversely impact on the visual amenities of its immediate area and streetscape."