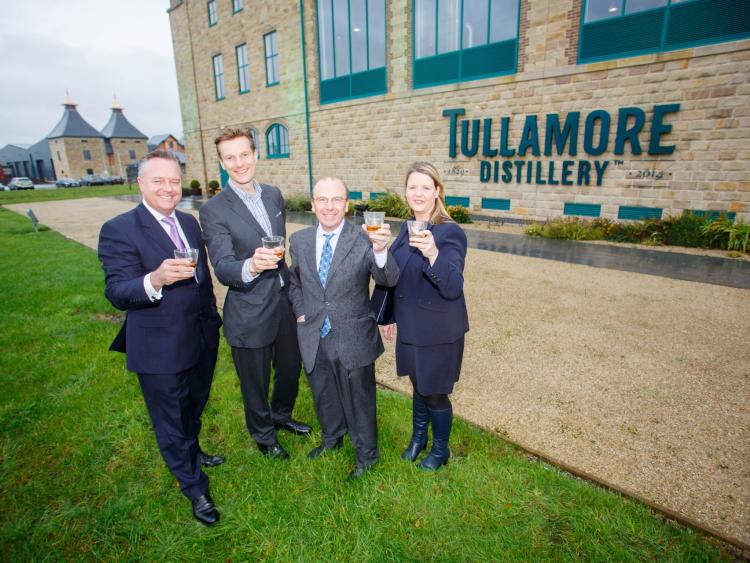 William Grant & Sons, the company behind Tullamore Dew, has announced a €25 million investment in their Tullamore operation.

In 2017, the independent distiller invested €25 million as part of an ambitious expansion plan, funding two new developments at the Tullamore site. This includes a grain distillery and a state-of-the-art new bottling hall to make it one of the world’s few ‘grain to glass’ whiskey operations.

Since William Grant & Sons purchased the brand in 2010, its continuous investment in the distillery has totalled €60 million and created 80 local jobs.

Simon Hunt, CEO of William Grant & Sons, says: “As an independent, family owned business we really care about the legacy we are creating. When we see potential, as we do here, we go all out to build and invest with a long term perspective. Our work here in Tullamore perfectly captures this; the scale of investment is a reflection of our belief in the potential of Tullamore D.E.W.

“The completion of the site has brought the total production of this legendary whiskey back to one important location – the town of Tullamore. We are the second largest Irish whiskey globally and the leading Irish whiskey in several important markets, but we believe there is much more to come for Tullamore D.E.W.”

Alongside the investment in the distillery, Tullamore D.E.W. is launching its most ambitious marketing campaign to date - a global platform called ‘Beauty of Blend.’ As one of the only Irish whiskey brands to use a triple blend of all three types of whiskey, the new campaign will challenge preconceptions about how great whiskey is made, as well as championing the ways in which ‘blend’ makes the world a more interesting place.

Caspar MacRae, Global Brand Director at William Grant & Sons, said: “Our ambition for Tullamore D.E.W. is reflected in the major investments we’re making in the brand and in the distillery. In the last three years, global sales of Tullamore D.E.W. have grown from 840,000 cases to over 1.1m. The quality of our blended whiskey, combined with the brand’s reputation and increased investment, puts us in a great position for further growth in 2018 and beyond.”