This did not go to plan 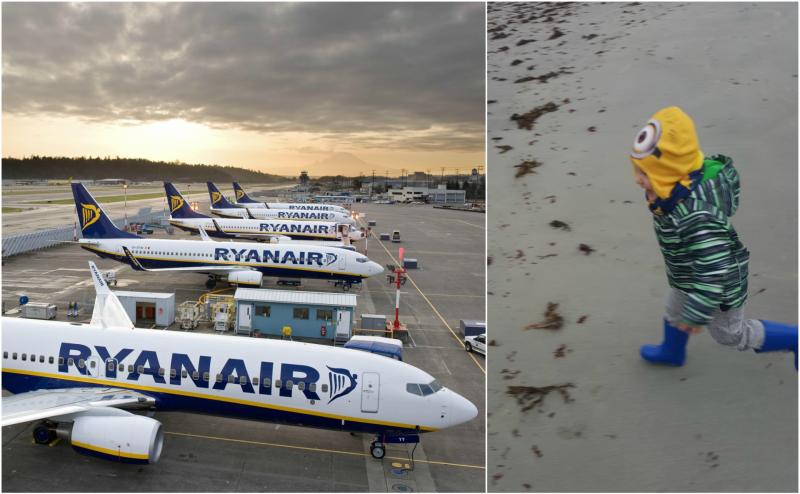 One Offaly family has endured a torrid week after their holiday plans were scuppered by an unbelievably unfortunate series of events.

During the Summer, Magdalena Mulawa-Gashi, who lives in Tullamore with her husband Rocky and son Aiden, booked a dream holiday to sunny Salou in Spain .

"We planned to celebrate our son's second birthday there," Magdalena told us. "We had the selfie stick purchased, luggage packed, time booked off work, and we couldn't wait for the five days away," she added.

In a cruel turn of event, just 16 hours before they were due to fly out on October 10, Ryanair contacted them to tell them their flight had been cancelled.

She found out afterwards that this was due to an air-traffic controller strike in France, although she claims Ryanair did not inform her of the reason initially.

"I couldn't believe what I was reading," Magdalena commented. "I wanted to cry and tears actually started pouring like a river, but then I looked at Aiden and I saw how much my reaction frightened him."

The Offaly mother says she then pulled herself together, but little did she know that that cancelled flight was not the end of their holiday nightmare.

They couldn't find any re-routed flights, and decided that it would not be too bad to fly out the next day instead, missing one day of their holiday.

The family couldn't source a flight until Friday, October 13, but decided against booking it as their return flights were booked for Sunday, October 15.

The possibility of changing their hotel dates soon fell by the wayside due to the high costs involved in such a move, so Magdalena says she "gave up."

"I requested a refund and Ryanair will refund tickets, and I cancelled the hotel and paid a €102.50 cancellation fee," she told us.

Magdalena and her husband were so desperate to get away for a few days to celebrate their son's brithday that they turned to the west and booked three nights in a hotel in Galway.

It's now that things take another cruel twist just as Magdalena had re-packed, replacing summer outfits with autumn ones, and getting everything ready for a very different getaway.

On Tuesday night, October 10, the day before the family were due to head to Galway, they heard a strange noise on their driveway outside their house in Tullamore at around 10pm.

"My husband jumped up and went out to find two wheels stolen from our car," Magdalena revealed.

They reported the incident to gardaí and began yet again to contemplate no holiday. Thankfully, the couple and their toddler managed to make it to Galway.

"The weather was awful but we tried to enjoy our city break," Magdalena, who moved to Ireland from Poland ten years ago, told us.

"Aiden is always happy, and for him it doesn't matter where we are, it's just important that he is with mummy and daddy," she continued.

"As long as we are healthy and alive I can swallow any bitter pill, but this disappointment will stay around. I was craving so much the sunny days in Spain, days that I wouldn't have to worry about what to cook for dinner," she joked.

Although it was hard to take, Magdalena now admits that she is convinced "things can always be worse."

"I am trying to appreciate the current situation, whatever that situation brings as I don't know what tomorrow will bring. I still have to learn how to accept things that I cannot change but I will get there."

"I wish to be like my two-year-old son - simply happy," she concluded.