Stand off with landowner at Offaly wind farm 'fully resolved'

Other issues remain and community vows to 'continue their fight' 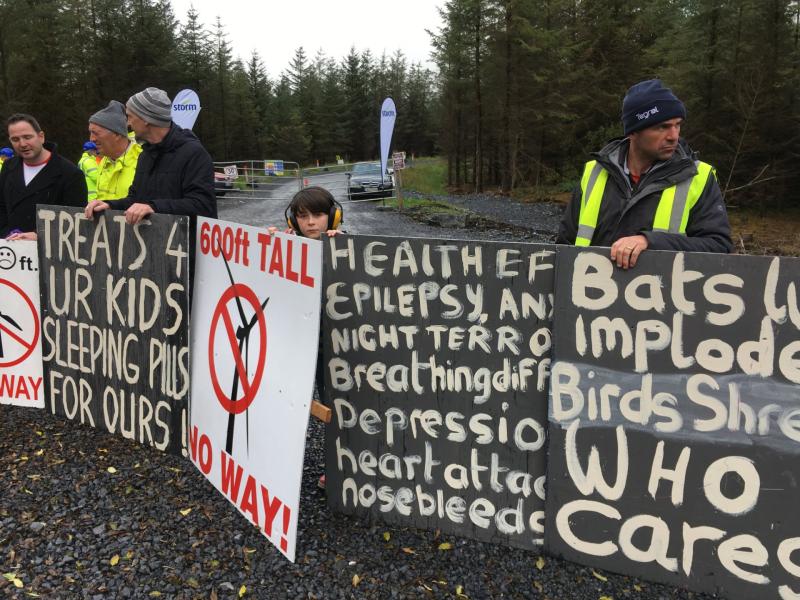 A standoff at an Offaly wind farm with a local landowner that has been underway since the weekend has been fully resolved according to the company involved.

Element Power is the project manager at the Meenwaun Wind Farm site near Banagher but a local landowner and members of the community had been blocking access to the site since the weekend. Two of the four turbines planned are already in place.

However Element Power now says the situation with the landowner has been resolved.

In a statement, Element Power states that it has been developing the Meenwaun wind farm since November 2016 having had full planning permission granted in April 2015. The statement continues:

"Two of the four turbines have been constructed and the company is very proud of the excellent relationships which it has cultivated within the local community. As recently as Sunday last, October 1st, Element Power Ireland together with wind farm owner Storm held an open day inviting and transporting members of the public on-site to view the ongoing works and engage meaningfully with all interested parties.

"Recently, a local landowner had raised an issue regarding a right of way on lands leased by Element Power Ireland. This issue has since been fully resolved to the satisfaction of both parties."

However while the company has come to an arrangement with the land owner, other members of the community who were part of the protest have vowed to continue their fight against the turbines which are 169m in height and some of which are just over 500m from a family's home