Storm Aileen set to batter Ireland with wind and rain 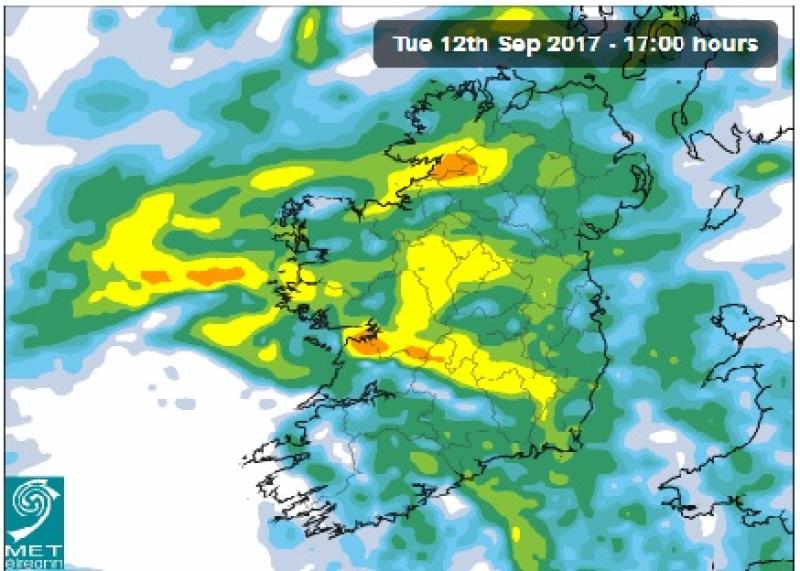 Storm Aileen is set to batter parts of the country gale force winds and heavy rain to parts of Ireland with weather warnings in place for a number of counties.

Met Éireann has issued a Status Yellow wind warning for all Munster counties as well as Dublin, Carlow, Kilkenny, Wexford, Wicklow and Galway.

The forecaster says a deepening depression Storm Aileen is expected to track eastwards across the centre of Ireland, (Galway to Dublin) this evening with a band of very strong winds on its southern and western flanks, which will affect counties of the southwest, south and parts of the east coast later.

Southwest to west winds are expected to increase to mean speed of 50 to 65km/h, with gusts of 90 to 110km/h this afternoon in coastal counties of the southwest and south, with the severe winds becoming northwesterly and transferring to parts of the east coast later this evening or early tonight. Winds will be at their strongest in exposed coastal areas.

A Status Yellow Rainfall Warning is also in place for Donegal, Leitrim, Mayo and Sligo until 2pm Wednesday 13 September.

Wednesday is set to be cool, bright and showery. Occasional heavy showers, most especially in southwestern, western and northwestern counties where some may be prolonged or possibly thundery. The best of the sunny spells in southern and eastern areas but scattered showers here also in the afternoon. Highs of 12 to 15 degrees Celsius in fresh and gusty westerly winds veering northwest later.

Wednesday night is expected to be rather cold with clear spells and scattered showers, mainly in Atlantic coastal counties with lows of 6 to 8 degrees Celsius.

Thursday will be a cool, bright day with sunny spells and scattered showers, some of them heavy. However, they will be less frequent than in previous days.

Friday's feature includes cool northwest to northerly breezes but it will be bright with just scattered showers. Sunny spells also in afternoon temperatures of 12 to 15 degrees Celsius.

It looks good but cool at this stage for All-Ireland Football Final Weekend between Dublin and Mayo some showery rain will spread southwards Saturday afternoon but there will be dry periods at times. Sunday looks like being mainly dry and bright. It will be cool on both days with highs of 12 to 15 degrees Celsius and chilly nights.