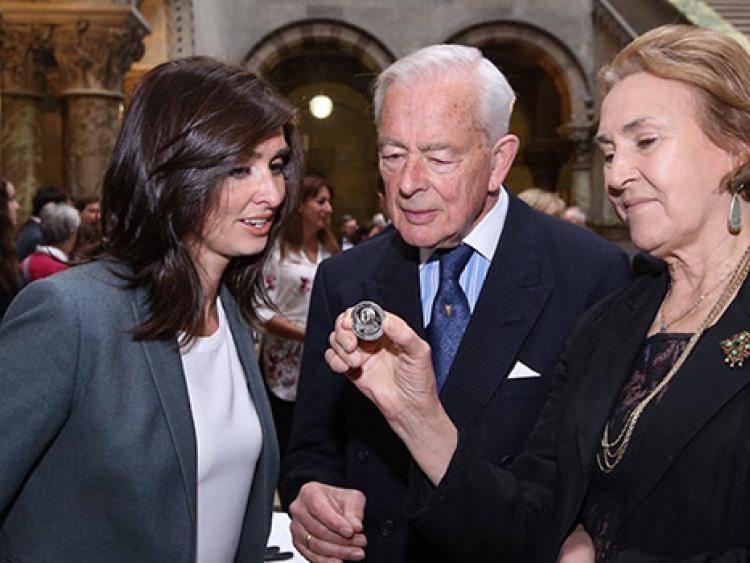 The Central Bank of Ireland has launched a special €15 silver proof limited edition commemorative coin to commemorate the life and work of Offaly's Sir Charles Algernon Parsons (1854-1931), inventor of the steam turbine.

Sir Charles Parsons grew up in Birr Castle, Co. Offaly, where Birr Castle Science and Garden centre now attracts science enthusiasts from around the globe. His father, the Third Earl built the famous Great Telescope while his mother Mary Rosse was a famous pioneering photographer.

Parsons' invention of the steam turbine engine was a major breakthrough in electrical engineering and electric power generation. His steam turbines revolutionised marine transportation and naval warfare, increasing both the speed and efficiency of sea-faring vessels.

This silver proof coin features a portrait of the engineer with an early model of his steam turbine engine, encircled by an inscription and representation of turbine blades. The coin was designed by Antonella Napolione to honour the achievements of Sir Charles Algernon Parsons and has been struck in .925 sterling silver by BH Mayer Mint.

The launch of the coin today, September 1, was attended by the current Birr Castle residents, Sir Brendan Parsons (Lord Rosse), the 7th Earl of Rosse, and his wife, Lady Rosse, as well as Aoibhinn Ní Shúilleabháin, Assistant Professor at the School of Mathematics and Statistics, UCD.

The commemorative coin is now available to purchase online from the newly launched website www.collectorcoins.ie.