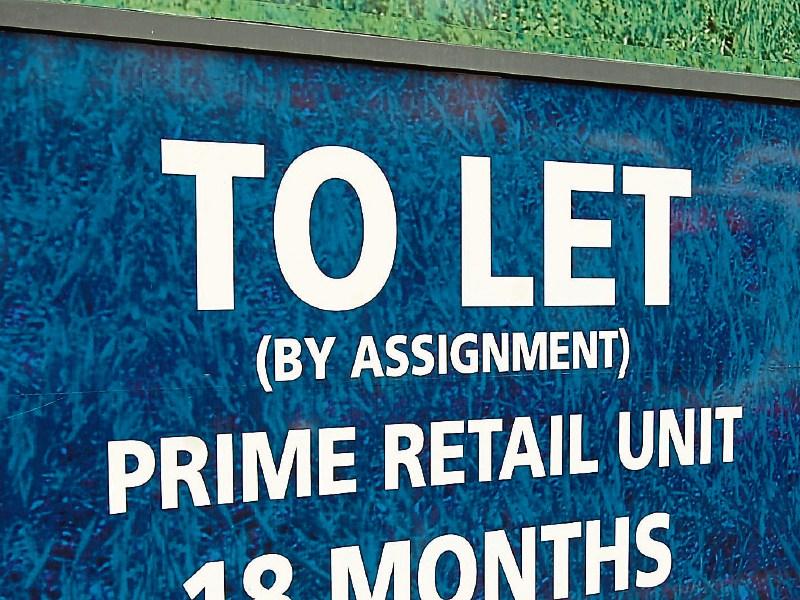 The recent GeoDirectory commercial report for quarter 2 of 2017, shows that Edenderry has the second highest commercial vacancy rate in the country.

27% of commercial units in Edenderry are lying vacant at present. The North Offaly town is second behind Ballybofey in Donegal which has a rate of 28.8%.

Sinn Féin spokesperson on Community and Rural Development, Carol Nolan TD, has said that the high rates of commercial unit vacancy across rural counties shows that the Government has "no real vision for rural Ireland."

Commenting on the report published by GeoDirectory, Teachta Nolan said:

The report by GeoDirectory also shows that the rural counties of Sligo, Leitrim, Galway and Mayo are among the five counties with the highest rates of commercial vacancies.

“I am saddened to see that, in my own constituency, Edenderry has the second highest rate of commercial vacancies among towns across the state at 27%, while Tullamore and Birr showed a commercial vacancy rate of 16% and 14.4% respectively," Nolan said.

"I have raised the issue regarding the unacceptably high number of vacant commercial buildings in Edenderry on a number of occasions and have met with the Chief Executive of Offaly County Council. I have also met with IDA representative, Paul Veale on two occasions and have brought him on a visit around Edenderry town and shown him a number of vacant commercial buildings that could be used by companies seeking to start up in the town which is only 40 minutes of Dublin," she continued.

She said she has also met with Enterprise Ireland representative Michael Broughan. "Last year I organised a public meeting in Edenderry with Enterprise Ireland and the Local Enterprise Office. At this meeting, information was given to people in the area who were thinking of setting up a business in the town. I will continue to work on the issue regarding the unacceptably high number of vacant commercial buildings in the town of Edenderry," Carol committed.

“It is telling that while the report shows a decrease in commercial vacancies in Dublin, this report clearly shows that the future of the rural economy is under serious threat and this Government does not have the vision to address these issues."

Carol Nolan maintains that the Rural Development Plan, "launched last year to much fanfare, has had little impact on the reality facing rural communities."

“The plan does not contain any practical proposals to encourage commercial use of the premises through the ending of upward only rent reviews for instance and no action has been taken to ensure fairness for small businesses in relation to commercial rates," she claimed.

“Furthermore, proposals aimed at utilising vacant commercial premises for much needed residential use have not been progressed."

She said that Sinn Fein's 'New Deal for the West' Document, puts forward proposals including an end to upward only rent reviews; a scheme to encourage people to live in or above commercial premises and potential reform of the rates structure to take account of profitability and to provide incentives for those opening new businesses within town centres.

“This is the type of action that the Government must take immediately in order to protect the rural economy and secure the future prosperity of rural communities," Nolan concluded.