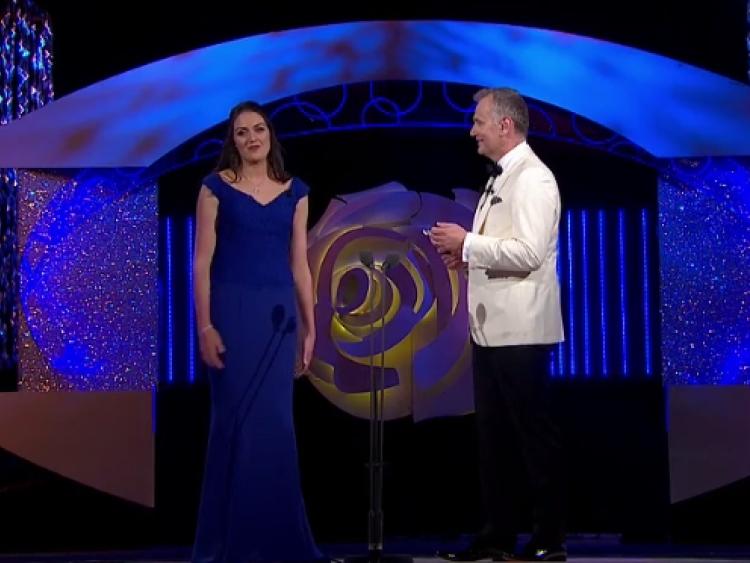 Offaly Rose Jennifer Byrne put in a sparkling performance on stage at the Rose of Tralee this evening and surely improved her chances of winning the coveted title this year.

The doctor and former Ireland Soccer International was on stage with host Daithi O'Sé on Monday night just before 11pm.

She spoke eloquently about her job in the Emergency Department at UCHG before outlining her incredible list of sporting achievements including playing in a World Cup with Ireland in Trindad and Tobago and winning an All Ireland title with Westmeath.

Jennifer danced an impressive Irish dance in a confined space on three boxes on stage.

The remaining contestants take to the stage tomorrow evening with the winner set to be announced around 11pm on stage in Tralee.