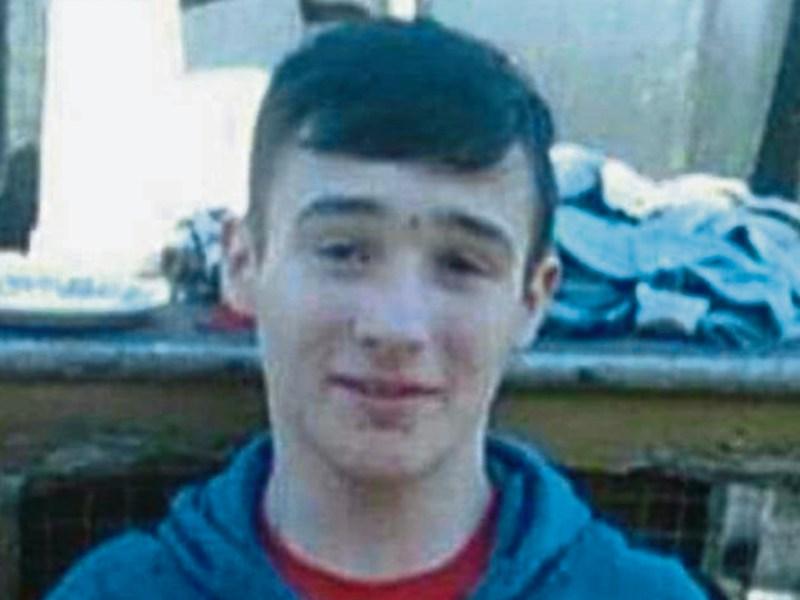 Adam Case, Shinrone, who was killed in a car accident

The mother of the young teenager killed in the latest road tragedy in Tipperary has appealed to back seat passengers to wear their seatbelts.

Sharon Case made her plea following the death this Tuesday of her 16-year-old son, Adam, in single-vehicle crash at Boston, on the Ballingarry to Cloughjordan road.

The family are originally from Abbeyleix in County Laois, but had recently moved to live outside Shinrone in Offaly.

Adam was a backseat passenger in the car being driven by a 22-year-old local man, who has yet to be named. A 17-year-old girl, who has also not been named, was also in the car.

Both were injured with the driver being brought to Tullamore Hospital before being transferred to St Vincent's Hospital in Dublin, where his condition has been described as “serious but stable.”

The girl was brought to University Hospital Limerick, where she was treated for minor injuries.

Adam was pronounced dead at the scene and his body was taken to University Hospital Limerick where a post-mortem was due to be carried out.

Ms Case posted a message to her Facebook page saying: “The only message I want you to deliver is for people to wear their seatbelts."

“We are truly humbled by the hundreds of private messages, comments, texts, phone calls and support from our family and friends."

“I knew Adam was a popular, out going young man but no words can describe how much love I realised so many young and old people had for my baby boy by the love and support and shared distraught for Adam."

“It doesn't seem real at the moment and I feel like the nightmare is going to end and Adam will pop up saying "WELL SAN" or "HEY" did you fall for that mommy but it's just not happening it seems."

“Thank you to all our amazing family and friends in both Laois and Tipperary as our two smallies call their big brother "ADDY" he has left a hole in our hearts that no time will heal."

“Our handsome man will make his way to Cloughjordan Church of Ireland for 2pm service followed by burial in Dunkerrin cemetery where he will be laid to sleep with his great grandfather and great grandmother.

“I'm so sorry I just can't reply to everyone.”

Meanwhile, anyone with any information in relation to the accident is being asked to contact Nenagh Garda Station on 067-50450 or any Garda station.