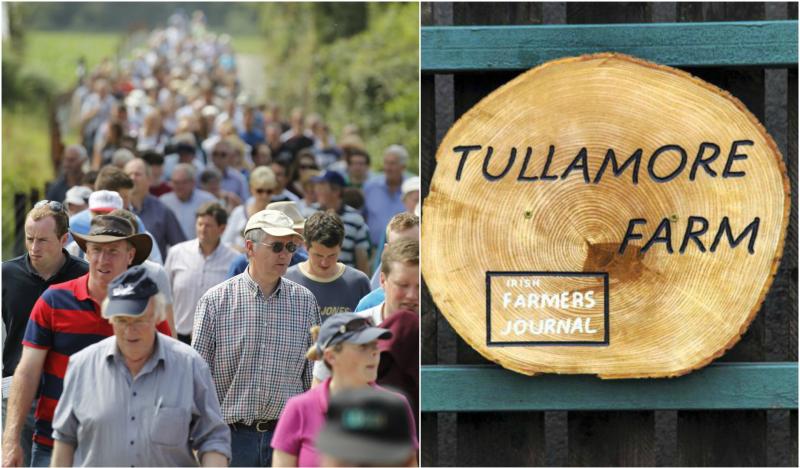 The mood on Tuesday was overwhelmingly positive with farmers and industry alike remarking on how impressed they were with the demonstration farm.

On the day farmers got to take in the whole farm on a farm tour. There they took in a range of information, including an outline of the finances of the project, grassland management on the farm, breeding, genetics and mixed grazing management.

Next up was the demonstration arena where the Minister for Agriculture Michael Creed, IFA President Joe Healy and a range of speakers gave presentations on the industry, markets and breeding.

"I firmly believe that we need examples of best practice and this may not be your typical beef operation but it does serve as an example of what appliance of best prestige can achieve.”

"I think that if everyone who attends here today takes home an idea or two then that's a good days work done," he added.

"I've always had the slight concern that if everyone takes what is achievable on one holding then it is simply transferable to the next. That's not the case but there are many good ideas - particularly around grassland management.”

"I think this is the single transferable initiative on all holdings, all livestock enterprises, practically," Creed remarked.

Minister Creed continued to say that we currently live in a very challenging landscape: "We're a food island, exporting the overwhelming majority of our food to international markets."

In the context of the most important we challenge we face, Brexit, Minister Creed said that over 40% of our agri-food exports in 2015 went to the UK.

"We do that for a very good reason - it's a very reliable and valuable market," he commented. However, the Minister said he would continue his efforts into establishing new international markets.