VIDEO: Puppy thrown into Offaly river to die is reunited with mother 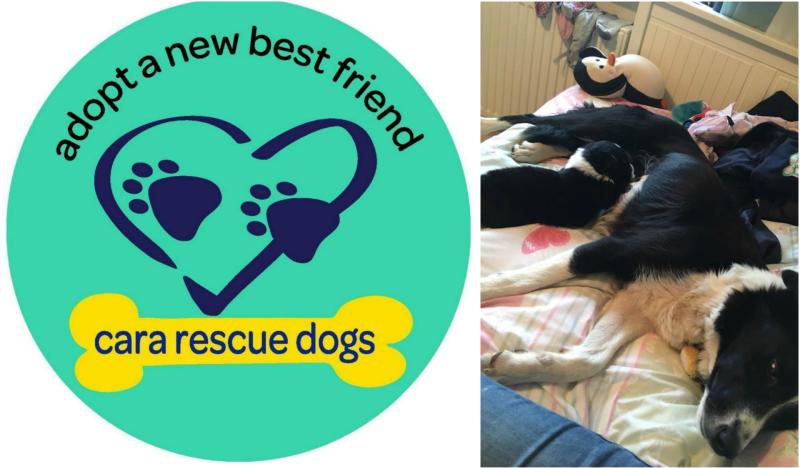 Last week, we reported the story of seven puppies thrown into the River Brosna in a bag weighted with stones. Offaly County County Litter Warden Michael Malone discovered the pups and although six died, one survived and was named Splash.

Splash was taken in by Cara Rescue Dogs near Portarlington and they think they have found the collie pup's mother. "We got a message on Monday informing us a collie full of milk was found dumped on a property in Ferbane, a few miles up river from where Splash was found," they said.

An Offaly dog warden made her way to Ferbane and collected the animal while a Cara volunteer drove to Tullamore to take the dog from the warden. The dedicated Cara Rescue Dogs volunteers think the dog is indeed Splash's mother, although they can't be sure without a DNA test.

They posted a video to their Facebook page of the moment Splash was introduced to the rescued mother, named Clara. The heartwarming clip has already been viewed more than 35,000 times.

In order to prove parentage, Cara Rescue Dogs are aiming to raise funds to pay for the expensive DNA test. "We are asking as a once off thing for donations towards the test for both Clara and Splash so we can try make this kind of cruelty a serious crime where people are punished with maximum severity."

"Some may think it's a silly idea but we are sick and tired of seeing people get away with their cruel actions, we want to make a stand and say enough is enough," they stated.

If you want to help, you can do so by sending whatever you can to Cara Rescue Dogs' PayPal at caradogs@hotmail.com or by texting 'Cara' to 50300 you can donate €4.

For more information on the progress of Splash and Clara, or other donation options, visit Cara Rescue Dogs on Facebook.