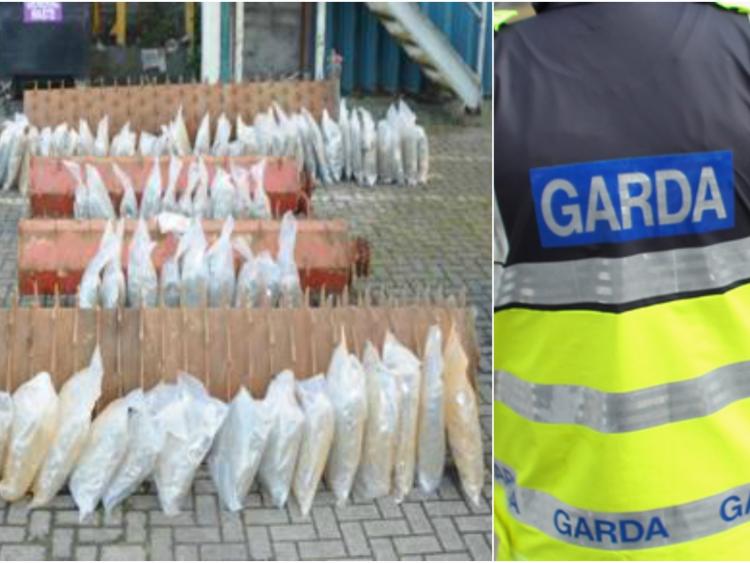 A man has been arrested in Offaly this afternoon, Wednesday, July 5, in relation to a €730,000 drugs seizure.

As part of ongoing intelligence led Joint Investigations targeting organised criminal activity being conducted by the Garda National Drugs and Organised Crime Bureau, the Serious Crime Task Force and the Revenue Commissioners Customs Service, cannabis with an estimated street value of €730,000 was recovered on June 30, 2017 following the search of a haulage vehicle that had arrived into Ireland containing farm machinery.

The cannabis was recovered concealed within the farm machinery following a detailed search.

Follow up searches were subsequently conducted in the Moneygall area of Offaly today, and a male in his 50s was arrested in connection with this investigation.

He is currently detained at Nenagh Garda Station under the provisions of Section 2 of the Criminal Justice (Drug Trafficking) Act 1996.

Invaluable assistance was provided by Revenues’ Customs scanning system which was crucial to the detection of this offence and the subsequent arrest.