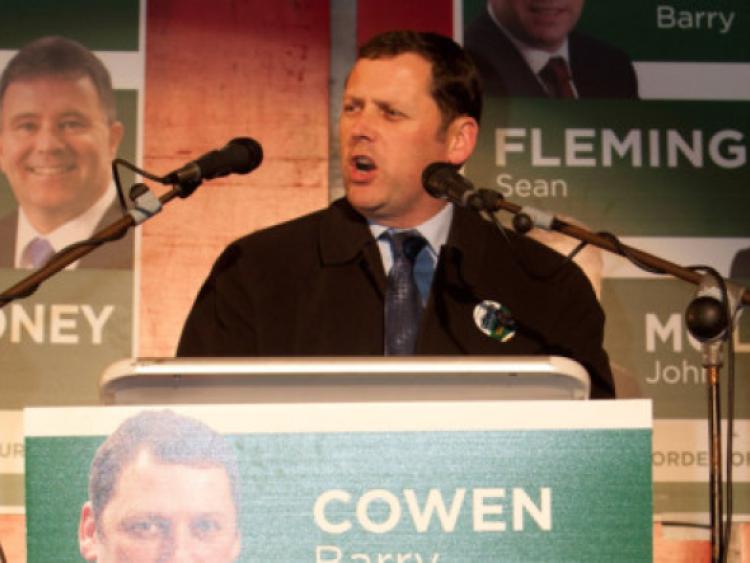 Fianna Fáil TD for Offaly, Barry Cowen says his party will continue to put pressure on the Government to ensure that a waste regulator is established. Fianna Fáil brought forward a motion in the Dáil this week calling for an independent waste regulator.

Last night the Government confirmed that it would set up an interim watchdog to oversee the industry, until a regulator is established.

“We need to get serious about the way in which we dispose of our waste and measures must be taken to move away from landfill and towards recycling. I support the environmental aspects of this new payment structure as it should encourage more people to separate and reduce their waste”, said Deputy Cowen.

“However, the manner in which this Government attempted to rush in the new pay-by-weight structure was amateurish. A promised public awareness campaign never transpired and people were genuinely concerned that their waste charges will increase as a result of this new pricing structure. These fears were most acute in rural counties like Offaly and Laois, where there are only a small number of waste disposal providers. This lack of competition could see some companies hike up their prices, leaving consumers to bear the brunt of this new measure.

“Our motion, which argues for a waste regulator, will ensure that the consumer is at the heart of the process. A regulator can ensure fair practice within the sector, and reward operators who behave in an efficient and consumer-friendly way. I welcome the fact that the Government has finally seen sense. However, in the unlikely event that the Government’s analysis does not provide for a regulator, we will introduce our own Bill on the matter.

“This issue of illegal dumping and fly-tipping must also be addressed. Over the past number of years we have seen an increase in illegal dumping in fields, forests and laneways, posing serious environmental problems in rural areas. We need to establish whether there is a link between increasing waste charges and the rise in fly-tipping. This motion calls for additional resources for Local Authorities to properly investigate illegal dumping and to fine the perpetrators.

“We want to ensure that consumers get value for money. A regulator will prevent sudden price gouging and promote competition, ensuring that both customers and the environment are protected," Cowen concluded.