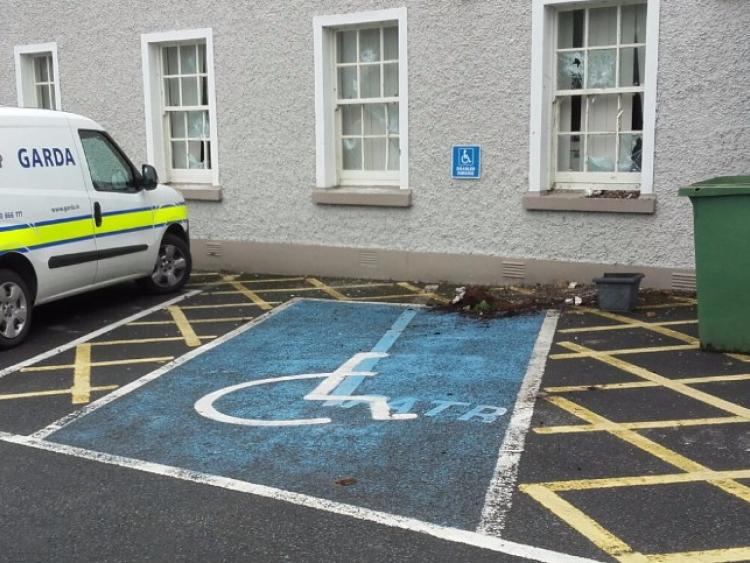 A man aged in his early twenties has been arrested after an overnight attack on Edenderry Garda Station, as well as a local filling station and school building.

The Gardaí have confirmed that a man smashed the windows and caused criminal damage to Edenderry Garda Station in the early hours of Tuesday morning, July 4.

All the downstairs windows of the station were put in or broken in the incident and it has been confirmed that the same man then targeted Sweeney's Filling Station on the Tullamore Road, and Oaklands Community College, which is adjacent to the Station.

Having gained entry, he set fire to the school and the blaze was initially tackled by quick-thinking Gardaí before Fire Services arrived. Smoke damage was caused.

UPDATE: Man due in court after criminal damage rampage in Edenderry

Gardaí are appealing for any witnesses who may have been in the area at the time to contact Edenderry Garda Station on 046-9731290.