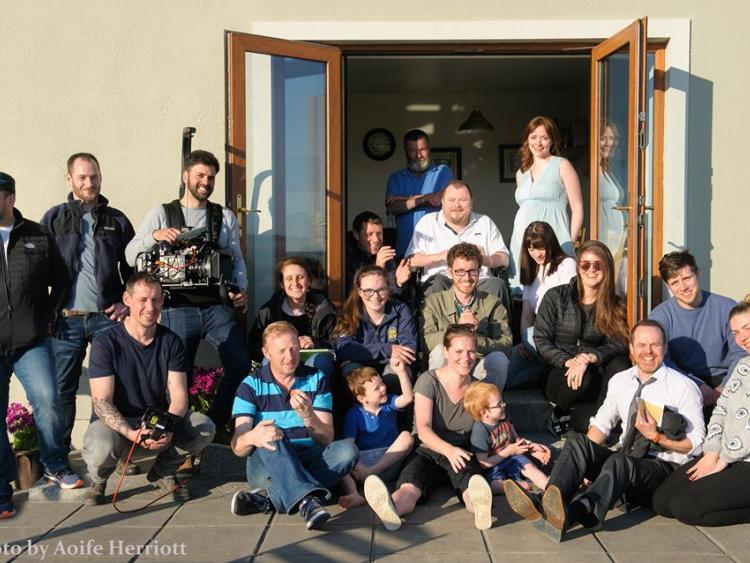 The production team and cast of A Break in the Clouds

A film produced by Offaly director/producer, Paddy Salattery, has been officially selected to premiere at the upcoming 29th Galway Film Fleadh in July.

This contemporary drama, written, directed, and co-produced by Tristan Heanue, tells the story of a young couple struggling to adjust to life following the birth of their first child. The film shines a light on the impact first time parenting can have on both a new mother and father.

Slattery described the news of having been selected for the Galway Film Fleadh as "an honour," and described his collaborators and cast as "legends."

This short film marks the follow up to Tristan Heanue’s directorial debut, Today, which won Best First Short Drama at the 27th Galway Film Fleadh. Heanue will also star with some of Ireland’s brightest actors, including Gemma-Leah Devereux (Get Up & Go, Stitches) Marie Ruane (Foxes, Striking Out, The Clinic), and Linda Bhreathnach (Adulting, Ros na Rún).

A Break in the Clouds was produced by Paddy Slattery, a long term collaborator of Heanue’s, with Narayan Van Maele (Gridlock, Gutland) handling cinematography. The film was shot on location in Galway using the Arri Alexa Mini, with editing by John Deasy (Ladies of Science) and sound design by IFTA award-winner Nikki Moss (Patrick’s Day).

Following its premiere at the Galway Film Fleadh, A Break in the Clouds will hit the film festival circuit, targeting some of the major film festivals at home and abroad.