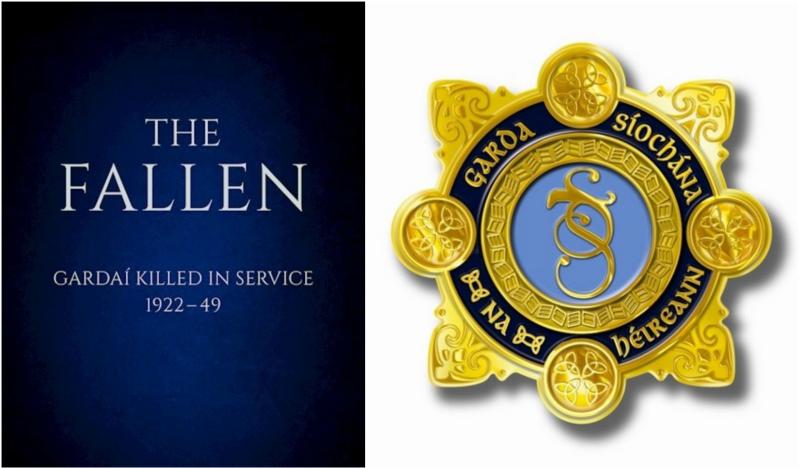 A book featuring the tale of a slain garda with Offaly connections has gone on sale around the country. Written by Colm Wallace, 'The Fallen: Gardaí Killed in Service 1922-1949,' charts the stories of 21 Gardaí killed in the line of duty in the Irish Free State.

Included in the book is the story of Detective Michael Walsh, who had served in Tullamore, Co. Offaly, before being transferred to Cavan, where he was killed.

His story involves the Special Branch of the Gardaí. During World War II, the IRA were conducting numerous bank raids throughout the country. Detective Michael Walsh, who also married a local woman when stationed in Tullamore, had been transferred to Cavan in the 1930s and had been involved with a number of these raids.

On October 1, 1942, Walsh and some colleagues attended a house in Ballyjamesduff in Co. Cavan, on a tip off that IRA operative Patrick Dermody, wanted for bank robbery, was there. Dermody's sister was getting married and the detectives disturbed a wedding party. Several IRA operatives met the Gardaí head on and gunshots were fired, sending revellers scrambling.

After the shooting concluded both Detective Michael Walsh and Patrick Dermody were dead, under disputed circumstances. Such was Detective Walsh's connection to Offaly, he had chosen to be buried here in the event of his death, and as such, he was brought back to Durrow Graveyard, outside Tullamore, where thousands of locals watched his final journey.

Colm Wallace's features similar stories from around the country and makes for an interesting read. It was published in May and is available in all good bookshops for €15.

"I wrote the book as a follow up to my first book - Sentenced the Death," Colm told the Offaly Express. "Sentenced to Death had told the story of thirty people who had the death penalty imposed on them and one of the stories involved a man facing capital punishment for shooting a Garda dead."

"I wanted to look into other stories of Gardaí killed in the line of duty and was amazed to discover that no one had written it up to this point. I decided therefore to do it myself and managed to complete it over a year-long period. I was fortunate that History Press saw potential in the book and I am delighted that is now available for all to read," he added.