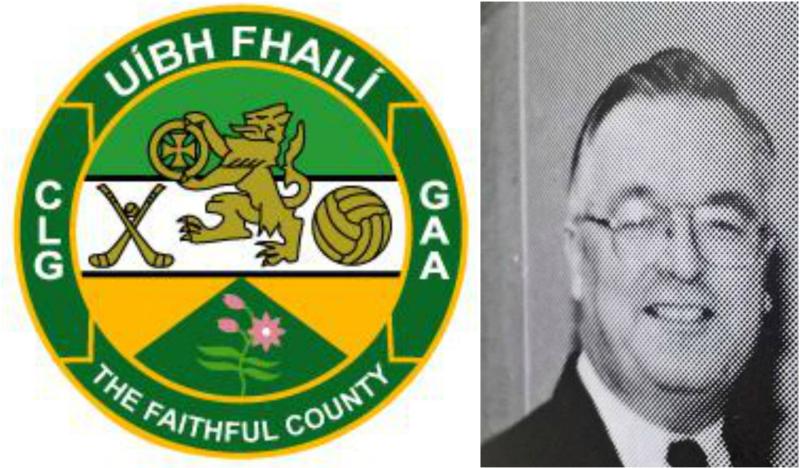 Offaly GAA has expressed its deep sadness at the news of the death of former County Secretary Rev Br Sylvester Carney on Sunday last, June 18.

Br Sylvester immersed himself in Clara and Offaly GAA shortly after his arrival in the county in the early 1960s. After serving in numerous positions in Clara GAA, he was Minor Board Secretary in Offaly during the 1970s and when Bord Na nÓg was established in the early 1980S, he became its first Secretary.

He then served as Assistant Secretary to John Dowling, taking on the onerous task of fixture making, before moving into the role of County Secretary in 1988, following John Dowling’s elevation to President of the GAA. He held that role for three years and then moved into the role of Youth Officer, which he held for a further 10 years.

Br Sylvester was a selector with the Offaly minor football team that reached the Leinster Final in 1976. He also took up refereeing for a number of years, and was the man in the middle for a number of underage County Finals. He was one of the founding members of Scór in Offaly and became the inaugural Secretary in 1969, a position he held for over 30 years.

He also took part in Scór and was an adjudicator and quiz master right up to All-Ireland final level. He had a huge involvement, both as a coach and Official, with a number of very successful teams in Arc Scoil Chiarán in Clara and was the founder of The West Midland League.

"Br Sylvester was regarded as a very able and efficient administrator and there can be no doubt he made a sizable contribution to GAA life in his adopted county. To his family and community we extend our deepest sympathy," Offaly GAA said.