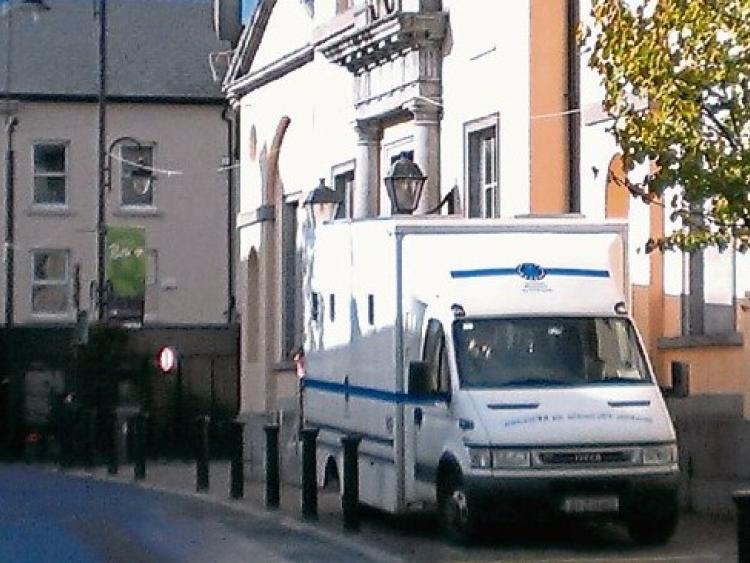 A member of the Garda Armed Response Unit thought he or one of his colleagues was going to be killed during a ramming by a stolen jeep which had been cornered after a chase in the midlands.

Laois/Offaly Garda Chief Superintendent John Scanlon outlined the impact on gardaí when giving evidence at the sentencing hearing of three Laois men in Portlaoise court. All three already pleaded guilty to a number of charges arising from the incident which occurred last July.

Chief Supt Scanlon gave details of the impact on gardaí who attended the scene. He told Judge Keenan Johnson that Garda Vincent O'Brien of the ARU was among those on the scene.

"It was the most terrifying incident I was ever exposed to," read Chief Supt Scanlon from Garda O'Brien's statement.

The statement continued that Garda O'Brien was "convinced" that he was about to be "run over" or that he or one of his colleagues was going to be "killed."

Garda O'Brien claimed his life has changed "inside and outside the job" as a result of the events on the night. His statement said he was still trying to deal with "the memories of the horrific events."

Other gardaí were also caught up in the incident. Chief Supt Scanlon also read evidence from a Garda Eoin Maher's statement. The detective was driving one of the vehicles. Garda Maher remains on sick leave with several injuries. The car he was driving was hit on the driver's side.

Garda Mark Russell suffered minor injuries but did not return to full duties until February of this year.

All gardaí have suffered substantial medical costs and lost income as result of the incident.

All three accused have previously pleaded guilty to possession of stolen property, namely a trailer, and the unauthorised taking of an MPV/jeep, at Cloncourse, Mountrath, on July 12, 2016.

The three men have been in custody since their arrest last July.

When the men first came before Portlaoise District Court last year, garda evidence stated that five garda units had been involved in the arrest at Cloncourse.

The hearing continues in Portlaoise.