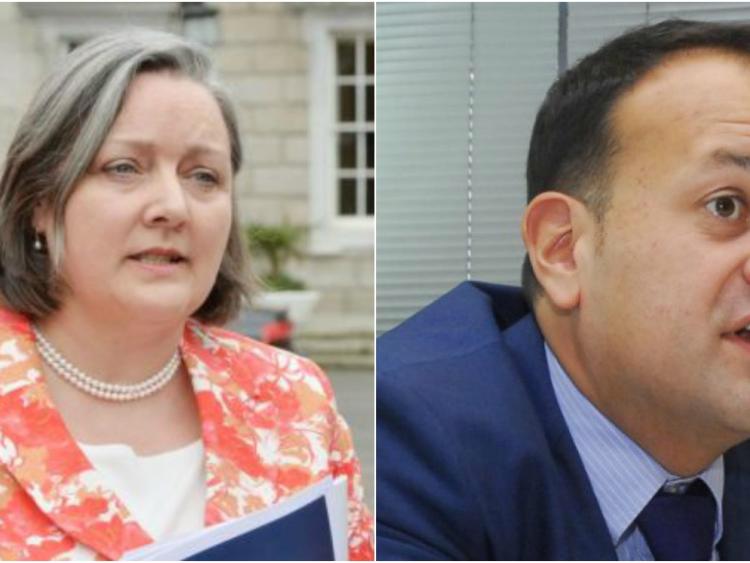 Offaly/North Tipperary TD and Minister of State for Health Promotion, Marcella Corcoran Kennedy is one of the Fine Gael politicians mooted as being in danger of losing her junior ministry when Leo Varadkar becomes Taoiseach later this week.

All four supported Simon Coveney in the recent Fine Gael leadership race won by the now Taoiseach-elect, Leo Varadkar. Despite the rumours, Marcella Corcoran Kennedy, in an interview with the Offaly Express, has said she is hopeful of retaining her position.

"There is always speculation when there is a change of leadership, but I hope Leo, who I have always had a good relationship with, would take into consideration my work rate in the position to date, as well as gender and geography," she remarked.

Corcoran Kennedy is the first Fine Gael minister from Co. Offaly and in her position representing the people of Offaly and North Tipperary, she said it would have a big impact on the area if it was to lose a minister. "I was delighted for the membership in the area when I got promoted to the role of junior minister and this is not about one individual at all," she stated. "It would cause a lot of hurt and the membership here would be cross if I was to lose it," she added.

"I have put in a huge effort in North Tipperary, not just in Offaly, and this is not about me; it is about the people of the constituency, and it is hugely important to them to have a minister in Dáil Éireann," she said.

Corcoran Kennedy revealed that she believes if she loses her position, it would be clear that her backing of Simon Coveney in the leadership contest was a factor.

The Offaly deputy expressed her hope that she might retain her position and referenced the fact the Enda Kenny did not cast aside Simon Coveney and Leo Varadkar when they put a heave on his leadership in recent years. "He gave them both big jobs in the Cabinet," she remarked.

The junior minister also said it wouldn't be in Leo Varadkar's best interests to axe those who voted against him in the leadership race. "Especially given the fact that he lost the membership vote, it is important for him to unify the party, and he needs unity from everyone," Marcella told the Express.

Corcoran Kennedy said her portfolio in health is an extensive one, and cited her work on the government's action plan to tackle obesity and her work to bring the bill surrounding plain packaging of cigarettes to completion as her key achievements in the role to date.

She said that a change of personnel at this stage would also impact on the rate of progress within her portfolio and would be counter-productive. "We are working on a national nutritional plan at present, and it takes quite a bit of time to read into the health promotion portfolio because there are so many policy arms within it," she commented.

Leo Varadkar is expected to become Taoiseach later this week, having secured the support of Fianna Fail last week. Enda Kenny will formally resign on Tuesday, while a motion to elect the new Taoiseach will come before the Dáil on Wednesday. The President will then formalise that appointment and the appointment of the new Cabinet.

The announcement of the junior ministries could come after that point this week, but as has been the case in previous years, it may be next week before those positions are filled and announced.