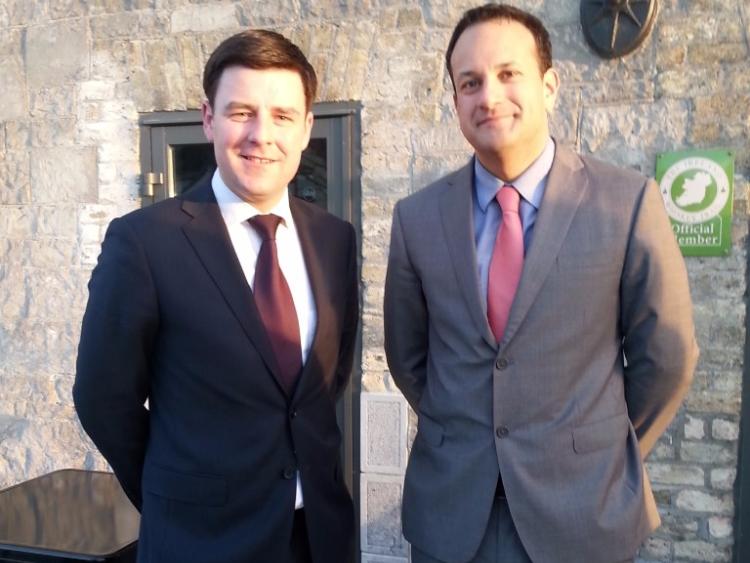 Local Fine Gael Councillor, John Clendennen, has announced that he will be supporting Leo Varadkar for the Leadership Contest within the Fine Gael Party. Varadkar has been gaining momentum ahead of the leadership vote with Simon Coveney as most of the parliamentary party come out in support of the Social Protection Minister.

Kinnitty based councillor, Clendennen, made his sentiments known through a media statement, highlighting “the party’s fortunate position with two strong and capable candidates in both Simon Coveney and Leo Varadkar” in the race to fill the position vacated by An Taoiseach Enda Kenny.

Since Thursday, Cllr. Clendennen elaborated on some of the reasons why he took the decision. “As we emerge from the depths of an economic downturn we need a Leader that is pro-business and enterprise in order to ensure a strong economy that can deliver vital public services. We need to create an environment that makes work pay by reducing the marginal rate of tax and ensuring improved benefits for the self-employed, leading to further entrepreneurship and job creation across both urban and rural Ireland," he said.

"This is essential to ensure the funding of a strong social safety net and support the vulnerable and less privileged in our society. I believe Leo Varadkar is the right individual to make that happen," he added.

"In 2011, Leo Varadkar took up his first Ministry at the Department of Tourism & Sport. During that period he launched the Wild Atlantic Way Project, spearheaded ‘The Gathering’ initiative, abolished the Travel Tax, introduced a new low VAT rate of 9% for the hospitality sector and re-introduced sports capital funding for clubs which many across Offaly have benefited from," the Offaly councillor claimed.

"At the Department of Health, Varadkar faced many challenges, many of which remain today, but he has vowed to take a special interest in the department if elected Leader. During his time at the Department of Health, he successfully introduced Free GP Care to all children under 6 years and seniors over 69 years. He doubled the number of discretionary medical cards given to sick people not qualifying under the means test from 50,000 to 100,000 and negotiated the first significant increase in the health budget since 2011."

Clendennen continued by saying that at Leo's current Department, Social Protection, "some of his greatest accomplishments include the introduction of Paternity Benefit whilst also securing the first increase in eight years for Carers, People with Disabilities, Widows, the Blind, Jobseekers, Lone Parents and people on illness benefit (800,000 people) as well as a €5.00 increase in the State Pension."

“It is an exciting time within the party and there really has been a burst of energy. Leadership contests are not something we see often and I think it is a great opportunity to engage with both membership to determine the next steps for the party.” concluded Clendennen.