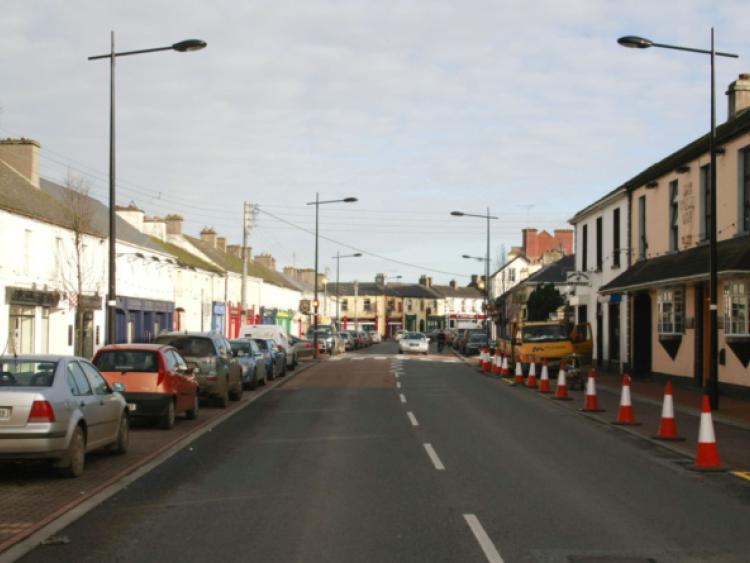 "As can all see the huge traffic jams in the town on a daily basis and have noticed the length of time that it can take to travel the three mile journey from the Boyne Bridge on the Dublin side to the Tullamore bridge on the other side of the town," Cribbin said.

Cribbin doesn't believe a ring road, which would cost millions, will ever be built in Edenderry, but can see the merits of a new inner relief road in the town.

"Some years ago when the Tesco site on the Dublin road was being developed the Council included provision that the road leading into Tesco should be continued on across Clonmullen and out onto the Carrick road. However, since then three housing estates have being built on that route and this proposed route would now be bringing thousands of cars and lorries through these estates on a daily basis and where there are young families, so on health and safety grounds alone that would not be acceptable," Cllr Cribbin explained.

Continuing, Cllr Cribbin said "there is an alternative route," one that would completely eliminate housing estates and not risk the safety of children.

"This would split the traffic coming into the town in to 3 routes," he said. He outlined this proposal as follows:

Route 1: Traffic coming into the town to shop or to homes on the Dublin road end of town or those living in Murphy street, Greenwood park, Clonmullen would continue as normal in the Dublin road.

Route 2: Traffic wishing to go to Rosderra, the swimming pool, the GAA or to the town centre would turn right at Lawton and Foley's onto the new road and come into Edenderry by the Carrick Road and onto JKL street at the Bank of Ireland.

Route 3: Traffic going to all schools, Dunnes Stores, residential areas in Francis street, Gilroy, Castleview, etc or on to Rhode would also take the new road at Lawton and Foley's onto the Carrick Road where they can then turn right at the junction for Dunnes Stores and out onto Francis Street.

"Whilst this proposal would have higher costs it would be far safer, would split the traffic coming into town by three and would do the job it's proposed to do in reducing the traffic jams in the town and by doing so make our town more accessible, and more pedestrian friendly for people to come and do their shopping and business in," Cllr Cribbin claimed.

Noel Cribbin has now submitted this proposal into the new 5 year plan for Edenderry to be considered as a proper "inner relief road for the town."

"I ask all to support my proposal and so that Edenderry, its businesses and residents, can have the proper and safe infrastructure that every other town in Ireland has and expects," he concluded.