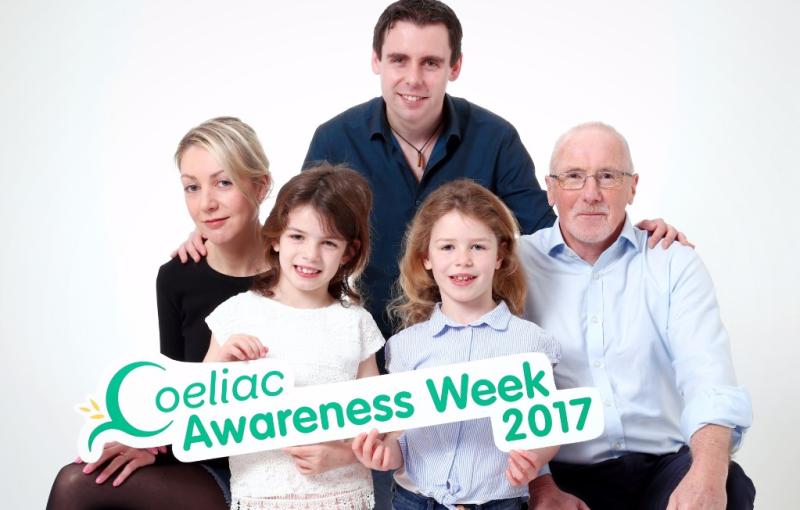 Offaly people are being encouraged to support Coeliac Awareness Week, an annual campaign organised by the Coeliac Society of Ireland in partnership with SuperValu. It takes place this year from May 8-15.

The theme of this year’s Awareness Week is ‘The Faces of Coeliac Disease.' Throughout the week, the Coeliac Society will be highlighting the fact that coeliac disease can occur at any stage in life, and is a life-long condition. Coeliac disease affects an estimated one in every 100 people in Ireland. The series of event taking place around Ireland to mark Coeliac Awareness Week include:

The launch of an online self-assessment tool to help people to determine if they could be coeliac; Working with General Practitioners and Pharmacists to raise awareness of the symptoms of coeliac disease; A series of in-store events at SuperValu stores; The launch of a new initiative calling on supermarkets to commit to stocking eight gluten free staples in store.

SuperValu is the first to sign up to the initiative, and the Coeliac Society of Ireland will be calling on other supermarkets nationwide to join them.

Commenting in advance of Coeliac Awareness Week, Fergal O’Sullivan, CEO of the Coeliac Society, said: “We are delighted to partner with SuperValu on this series of events. At least 1 in 100 people in Ireland in Ireland has coeliac disease and it can be challenging for them to figure out what they can eat, as gluten is a common ingredient in food. I would encourage anyone who wants to find out more about coeliac disease or following a gluten free diet to attend an event in their local SuperValu store. We are here to help."

He continued by saying that, “the Coeliac Society of Ireland provides up-to-date support and information for those suffering from coeliac disease, as well as for their families. This includes an invaluable food list, available to members, which references over 6,400 gluten-free products available on the Irish market. Members also receive monthly updates on new products.”

He added: “Coeliac disease is something that can affect anyone at any stage of their life, and once you are diagnosed as coeliac, it’s a life-long condition. The only treatment is to follow a gluten-free diet, and this Coeliac Awareness Week, we’re hoping to raise awareness that those living with coeliac disease do not have to live a restrictive lifestyle."

"We’re encouraging anyone in Offaly who may have coeliac disease, or a gluten intolerance, to get in touch with us to find out more about the disease. It’s now easy to follow a gluten-free diet while still enjoying tasty and healthy meals and live life to the full. After all, it’s not about what you can’t eat, it’s about what you can still eat,” Mr O'Sullivan concluded.

For the full programme of events for Coeliac Awareness Week 2017, visit: www.coeliac.ie and www.supervalu.ie.