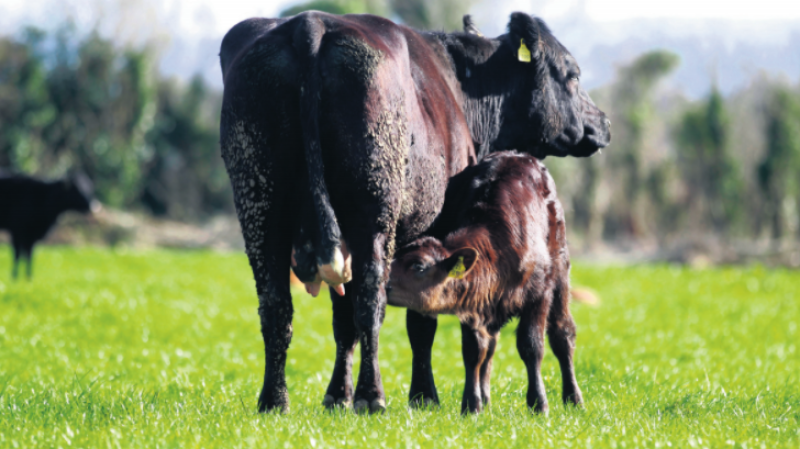 The Irish Farmers Journal has unveiled plans for Tullamore Farm Ltd, their new demonstration farm being established close to Tullamore, Co. Offaly. The farm itself is 180 acres and will carry a 120-cow suckler herd grazed alongside a 120-ewe flock.

For the past two years, the Irish Farmers Journal has been looking to establish a standalone mixed grazing demonstration farm, but were demanding with their criteria for a suitable site. The farm had to:

1. Reflect the land type on which most suckler and sheep farms operate.

2. Be easily accessible to farmers from all over the country.

3. Be large enough to keep our farm manager busy.

4. Belong to a family that bought into what we were trying to achieve.

The farm they've chosen is in Brackagh, Screggan, Tullamore, Co. Offaly, close to where the National Ploughing Championships took place in 2016, and will return to in 2017. It consists of 180 acres split into three blocks of 100 acres, 60 acres and 20 acres. 60% of the land is free-draining, while the remaining 40% is heavy in nature with some drainage work required.

Joan is a recently retired teacher, while the couple's four children – Joseph, Sarah, Peter and Patrick, are all currently pursuing their own careers. Padraig and Joan were keen to put a plan in place that would allow them the flexibility to pursue other interests, something that's not easy to do when you are trying to farm 200 acres.

"Against this backdrop, we sat down with Padraig and Joan to discuss options," The Irish Farmers Journal said. "It was clear early on that a long-term lease was going to be the best route for both parties – mainly because it delivered a level of security. In November 2016, around the kitchen table, we signed a 15-year lease with the Grogan family and in January 2017 it commenced," they revealed.

The Irish Farmers Journal, Ireland's foremost farming publication, stated a number of reasons for undertaking this project. They said that their business is "dependent on farmers," and therefore this was "just another way of giving something back."

They also stated that they took on the project because efficient suckler and sheep farms have an important role in rural Ireland and in sustaining rural communities, can return a good income to farmers relative to labour input required, and have scope to put more money in suckler and sheep farmers’ pockets by making systems more efficient.

Finally, they said that by using new technologies they can "make the Irish Farmers Journal even better at communicating technical information to farmers."

The operation will be run as a limited company called Tullamore Farm Ltd, registered with the Company Registrations Office, meaning it will have to submit annual audited accounts to the Revenue Commissioners.

"Let’s be clear at the outset – what we are not trying to demonstrate here is that you can rush out to borrow 100% of the capital required and rent 180 acres of land and put in a suckler and sheep flock and expect to make money – as we will prove it is not possible," the Irish Farmers Journal spokesperson commented.

By the time they have stocked the farm, contributed their percentage to the capital expenditure programme and acquired the necessary machinery, the total outlay will be €460,000.

The focus of this project is to show that beef and suckler production can make money on a per-hectare and per-hour basis. "Every decision taken will be focused on driving profitability – politics will be left at the gate and we will respond to the market signals," they stated.

"We are confident that when the farm is up and running we will be able to generate a modest cash surplus – but everything will have to go right. In reality it will be year three before the farm is operating to capacity."

Ger O’Dwyer will be the full-time farm manager and is being employed by Tullamore Farm Ltd. Ger is a graduate of Waterford Institute of Technology and has previously managed a dairy farm. He has spent time in New Zealand as part of his studies and brings a lot of grassland management experience to the role. Casual labour will also be utilised at peak workload periods while the Irish Farmers Journal livestock specialists will work closely with Ger to drive farm performance.

The operation will also run a breeding programme with their bovine stock, which will be spring-calving, predominantly first-cross Limousin or Simmental. "We feel that we will have high-index, high-health-status replacement heifers with full performance history suitable for farmers who do not breed their own replacements."

The plan also provides for a flock of 120 ewes as Teagasc studies have demonstrated that some of the benefits of mixed grazing include a 7% increase in growth rate of steers and lambs at a constant stocking rate or a 13% increase in stocking rate without affecting animal growth rate, compared with cattle-only or sheep-only grazing.

Sixty cows arrived on the farm in October 2016, and a further 53 cows were purchased in January and February of this year. The cows were all bought from just seven herds to minimise disease issues, and the first cows started to calve in February and so far the farm has had 108 calves with 106 surviving beyond birth and one dying six weeks later from a liver issue.

"We have lost three cows – one with Johne’s disease, and two with grass tetany. All cows have since been tested for Johne’s and have been confirmed clear," a spokesperson said.

"It’s important to us that everything that happens on the farm is documented. We commit to report on what we get right and what we get wrong – though we will try and keep the latter to a minimum," they added.

The Irish Farmers Journal will provide regular updates both in print and online, as well as releasing regular photographs and videos from the farm in Tullamore. They also intend on hosting a number of open days throughout the year.

Keep up to date with these and get more from the Irish Farmers Journal by clicking here.