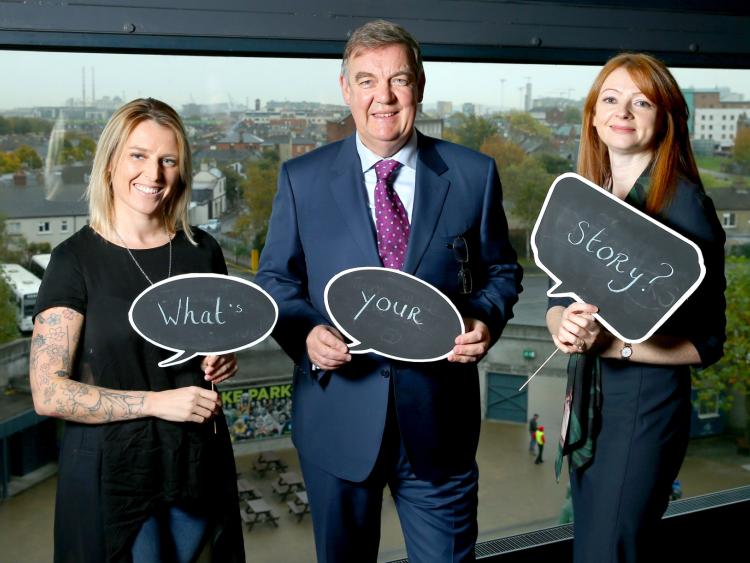 Independent Senator Lynn Ruane has encouraged early school leavers to return to education to reach their full potential. Senator Ruane was speaking in Dublin at an event aimed at increasing participation in adult learning by using storytelling.

Senator Ruane understands first-hand the transformative power of education as a learner, mother, social activist and Senator. She left school shortly after completing her Junior Certificate, during which time she was pregnant with her first daughter. By the time she was 21, Senator Ruane had a second daughter, and a career as a drugs addiction worker in her community. She returned to education through the Trinity Access Programme at the age of 26, and went on to be elected Student Union President.

Telling her story, Senator Ruane said, “After I left school, I went to a community education centre An Cosán in Tallaght. I didn’t do well in school and An Cosán provided the structure I needed. Community education gave me the foundation for learning that led me to Trinity College and then to the Seanad.  When I tell my story, I hope that it’s a signpost for people like me who left school early and they’ll think ‘I can do that”.

‘Harnessing the Power of a Story’ was hosted jointly by AONTAS, The National Adult Learning Organisation and Léargas. It was attended by staff from adult learning centres throughout Ireland. Commenting about the event, Niamh O’Reilly, CEO of AONTAS, said: “As a nation, we must look at widening participation in lifelong learning, particularly for early school leavers. Ireland’s participation rate stands at only 7.2 percent. Our closest neighbours, the UK has a participation rate of 15.7 percent while Demark leads the table at 31.3 percent.

Veteran broadcaster Bryan Dobson also spoke at the event and shared his view of storytelling from a journalist’s perspective. He said, sStorytelling is essential to the human condition it’s the way we make sense of the world. Compelling stories have a singularity and at the heart of every story is a human being.”