Stunning week for Nicole Turner at Paraylmpics in Rio 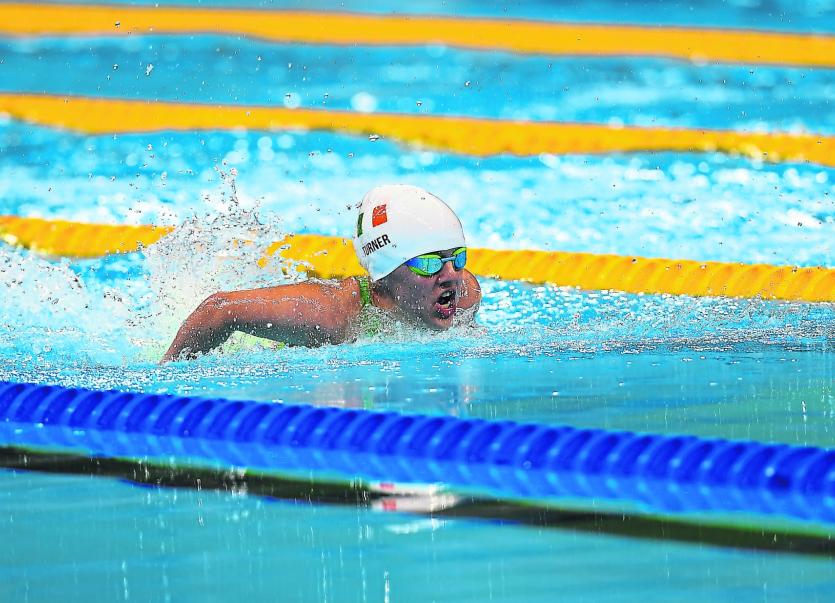 Portarlington's Nicole Turner was the flag carrier at last night's closing ceremony of the Paraylmpics in Rio.

The honour of carrying the Tricolour was the culmination of a hectic and magnificent week in Rio for the 14-year old Marlins swimmer, one of the youngest competitors at the games.

Although winning no medals, Nicole had a truly stunning Paralympic Games debut, having made finals in five out of five events, and in the process securing three lifetime bests times. In her debut appearance she qualified for the S6 50m Butterfly final.

Speaking after the race, she said: “I’m really happy, it wasn’t a personal best it’s the final though and I feel I can give it more.

“I don’t really do nerves but I was a bit nervous today, the experience and the atmosphere were just incredible.”

In her third final she was up against tough competition in the form of Great Britain’s Ellie Simmonds who set a new World Record in the event. In her fourth final last Tuesday evening, she finished eighth in the 400m freestyle.

Earlier she had set a new personal best to qualify for the final . Speaking afterwards to RTÉ Sport she admitted that fatigue had set in and her preparation was interrupted. She hadn't slept before the race as a result of a fire scare at her building in the Olympic Village.

“I’m pretty tired, to be honest. I’ve had a bit of a stressful day. There was smoke coming out of the vents in our apartment block so I didn’t really get back to bed after this morning, so I’m pretty tired.”

Despite this she said the day had still gone well.

In the 100m breaststroke she finished eight on Thursday. On medical grounds, she was withdrawn from the 100m freestyle on Saturday.

Nicole said all her experiences will help her at the next Paralymics in Tokyo. “I'll know what to expect the atmosphere and everything,” she said.

Her classmates at Coláiste Iosagáin in Portarlington cheered her on while watching on the big screen in school.

Nicole is a second year pupil at the school, and has “life lessons for all of us” said to Deputy Principal Siobhán Higgins.