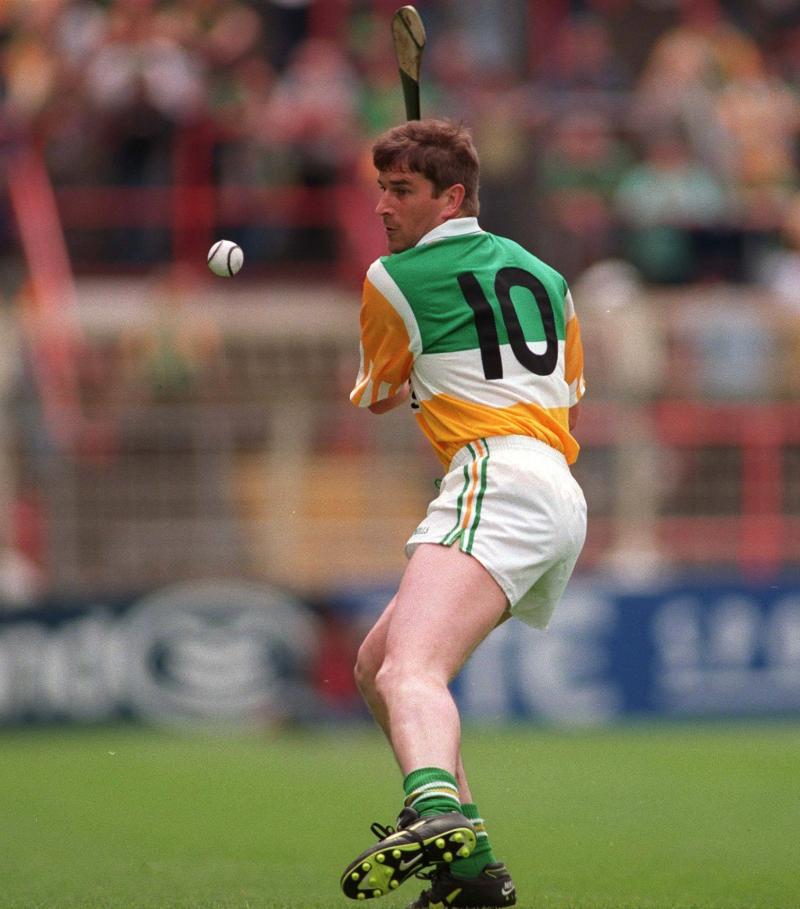 Michael Duignan in action for Offaly

Part of one of Offaly’s greatest teams of all time, Michael Duignan, will play host to the Bord Gáis Energy Legends Tourat Croke Park on Saturday, July 30th at 11am.

The St. Rynaghs clubman will look back on his inter-county career where he had great success, and give an insight into what it was like to make the transformation from inter-county player to inter-county manager.

Michael’s senior inter-county career began at an early age, as he made his debut against Galway in the All-Ireland semi-final in 1986, when he was just 18 years old.  He wore the Offaly jersey with pride for 15 years, and hung up his inter-county boots in 2001.

After Michael retired from the inter-county scene, he decided to turn his hand to management and, in 2001, he became manager of the Meath senior hurling team.

While Michael is no longer playing or managing at inter-county level he is still very much involved in the development of GAA in Offaly. He is part of the Faithful Fields project committee that was set up to raise funds to develop a Centre of Excellence for Gaelic Games in Offaly.  This is aimed at helping with the development of players in all codes, both male and female.

Michael is also a well-known voice and face among GAA fans through his work with RTÉ.

Speaking ahead of the Bord Gáis Energy Legends Tour Michael commented, "it will be great to go back to Croke Park and have a chance to reflect on some of my greatest memories.  When you are playing you don’t tend to have time to think about the successes all that much but now, as I look back I realise how lucky I was to be part of such great teams.  I am really looking forward to seeing some familiar faces and meeting some of the fans at Croke Park on July 30.”

Bord Gáis Energy Legends Tours offer GAA fans a unique chance to experience Croke Park from a player’s perspective and the opportunity to get first-hand insights from the star studded line up of legends.

All Bord Gáis Energy Legends Tours include a trip to the GAA Museum, which is home to many exclusive exhibits, including the official GAA Hall of Fame and the new exhibition Ireland’s Olympians.  Advance online booking for the Legends Tour with Michael Duignan is essential as it is sure to sell out quickly.  For booking and ticket information about the GAA legends for this summer’s tours visit www.crokepark.ie/gaa-museum.

Bord Gáis Energy customers can be in with a chance to win a pair of tickets for this tour and for all the tours across the summer by signing up to the Bord Gáis Energy Rewards Club where regular competitions will take place.