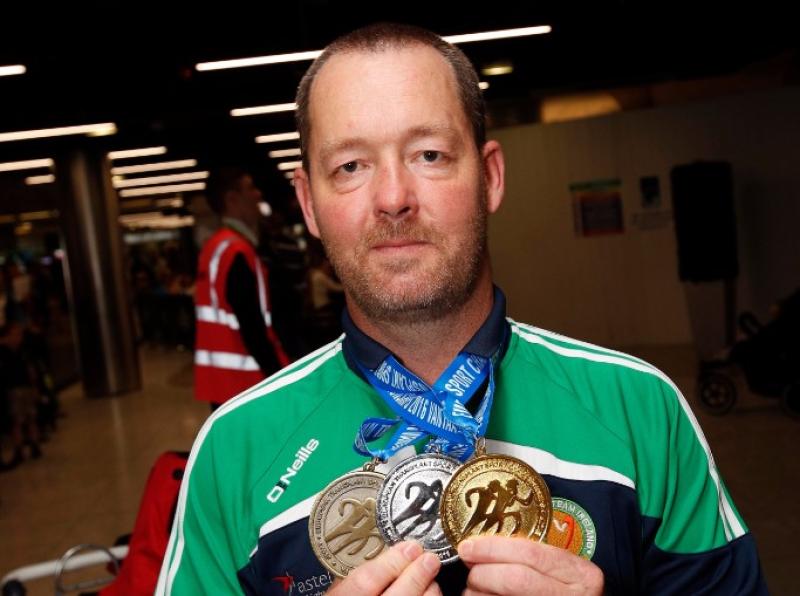 The team's final medal tally was a staggering 21 Gold, 19 Silver and 29 Bronze.  This placed Ireland’s 28 strong team in fifth position on the medals table with host country Finland, and a much larger team of 96 athletes, taking top position out of 24 competing countries.

In second place was Hungary, followed by Great Britain and then Germany. A large gathering of family, friends and supporters festooned with flags, banners and bunting, greeted the team on it's arrival home to Dublin airport on Sunday.

Eddie McAuliffe, who lives in Portarlington took home the full complement of three medals of different colours from the Games. He won a Gold for Darts, Silver for Golf and Bronze in Petanque.

In 2008 Eddie underwent a kidney transplant thanks to his donor sister Ann, also from Kill. On returning home to Dublin airport on Sunday, he said "I had a great time with the team and it was great to be able to compete in Finland. I'm delighted to be able to bring home all three colour medals".  Earlier last week after winning his first medal at this year's Championships, a Gold in his darts event, Eddie said, "I wasn't expecting to do so well, so I'm delighted. There were a few very close matches but it's great to come out with the gold". 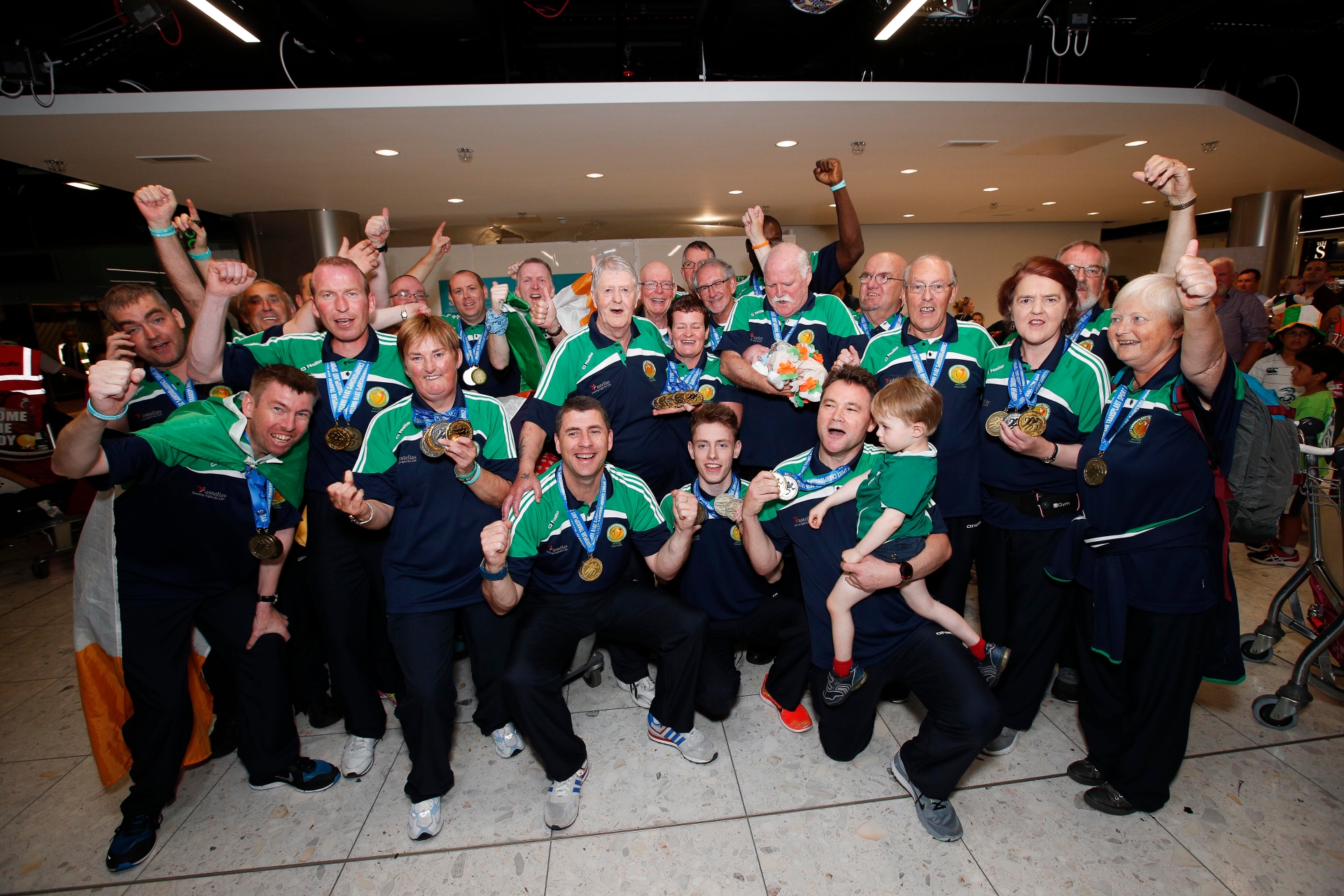 Despite extremely changeable weather and heavy rainfall at the Championships in Vantaa on Monday and Friday, the determination and strength of the Irish athletes was consistent throughout. So too was the camaraderie and sportsmanship that they displayed not only with their own team but with athletes from all of the participating countries.

The team attended the Gala Dinner and Closing Ceremony at the Rantaisipi Hotel at which Corkman Charlie Ryan and John McAleer from Antrim were honoured to be amongst the ten competitors, over 70+ years of age, competing at the Championships.  They were called up on stage and John McAleer, age 78, and a retired university lecturer, was credited as being the oldest competitor at the Games.

Team Manager Colin White summed up the week as a joyful and fantastic experience full of the Irish Team spirit, “The stand out moment for me was today at the athletics track. The announcer knew that each time he would call an Irish name that he would get a huge reaction from the Irish. This for me really summed up the Irish Team spirit.” With regards to the organisation of the Games Colin spoke of the attentiveness and helpfulness of the local organising committee and the large number of Finnish volunteers whom, “wore bright pink t-shirts and bright friendly smiles”.  The volunteer who was appointed to the Irish Team, Finnish native Jaana, seemed to take a strong shine to the Irish and even accompanied some of the team into Helsinki on Thursday evening for dinner.

Goodwill for the Irish team was in abundance with messages of support continuing to flow in on social media from family, friends, supporters and the general public. Letters of support were proudly posted on the team blog www. transplantteamireland. wordpress.com including some from prolific sporting personalities including Rep. of Ireland manager Martin O’Neill, FAI chief John Delaney, GAA’s Mickey Harte, Alan Brogan and Brian Cody.  Also sending messages of support to the team was Finnish Ambassador to Ireland Janna Teckenberg and the Minister for Health Simon Harris, T.D as well as Prof. Jim Egan, Director of ODTI (Organ Donation Transplant Ireland).

In his letter Prof. Egan said, “You are all exemplary ambassadors for your country and are showcasing the importance of organ donation and transplantation. It is testament to the courage of families of the donors and recipients and the efforts of the medical and nursing profession who underpin organ donation and transplant services that this event is taking place with a strong Irish representation”.

Transplant athletes on the team discussed their deep gratitude to their donor throughout the week following successes, with many dedicating their achievements and celebration of life in sport to their donor.

Newcomer Stephen Byrne from Tralee spoke of the “craic and camaraderie” he witnessed throughout the week. This was most definitely present at all events as the Irish team were regularly heard singing ‘The fields of Athenry’ and ‘Molly Malone’ at the top of their voices.

The Irish Kidney Association is responsible for the co-ordination and organisation of Transplant Team Ireland’s participation in the European Transplant & Dialysis Championships.

The team returned home to Dublin airport terminal one on Sunday the 17th of July .  Less than two weeks later some of the team will be joining others including Ireland’s growing children’s transplant team to compete at the British Transplant Games in Liverpool from 28th – 31st July.

For more information on the 9th European Transplant & Dialysis Sports Championships and the Irish athletes visit the team blog www.transplantteamireland.wordpress.com or visit the Games website www.vantaa2016.fi/en

For an organ donor card Freetext the word DONOR to 50050 or visit website www.ika.ie  It is also possible to download an organ donor card on smartphones by searching for ‘Donor ECard at the iphone store or android market place. Your wishes to be an organ donor can also be included on the new format driving licence which is represented by Code 115