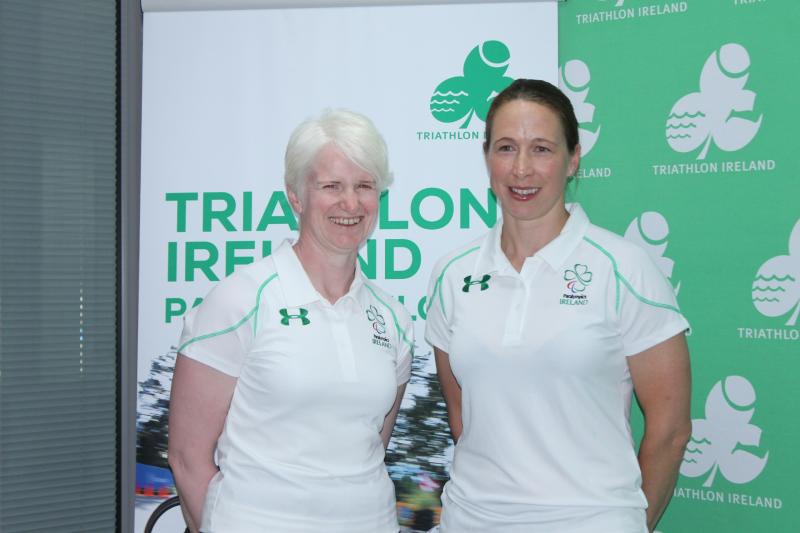 Dublin para-triathlete Catherine Walsh and her pilot, Fran Meehan, have today been confirmed as part of the Irish Paralympic team heading to the 2016 Paralympic Games in Rio this year.

The duo will compete in the PT5 event in Para-triathlon, and will be Ireland’s first ever para-triathletes to attend a Paralympic Games as the sport makes its debut in Rio this September.

Speaking about the news, Walsh – who will be representing Ireland for the seventh time at a Paralympic Games – stated:

“We are absolutely delighted to be given this opportunity to represent Ireland once more at a Paralympic Games. It is fantastic to see that in the first year of Para Triathlon at the Games, there will be Irish triathletes representing their country at Rio.

“We have been working hard all year to get a qualification slot for Rio, and to be told that our hard work has now paid off and that I will be representing my country again for the seventh time at a Paralympic Games is fantastic. I look forward to becoming part of a great team of 44 other Paralympic athletes – it’s a fantastic feeling.”

Ireland will now have a team of 46 athletes at this year’s Games, with the squad boosted by two after today’s news which follows on from last week’s Team Ireland announcement at Dublin’s City Hall.

Chef de Mission for the Irish Team, Denis Toomey, commented: “We are delighted to welcome triathlon onto Team Ireland for the 2016 Games. Ireland will now be represented by 46 athletes across 10 different sports, and as Chef de Mission, I certainly look forward to leading them all to Rio for the Games.”

Also welcoming the news was Team Leader and Technical Director for the Para-Triathlon team, Eamonn Tilley, “Success comes with hard work, dedication, passion and team work. Catherine and Fran have achieved so much in a short space of time. We at Triathlon Ireland are delighted with the news and it was always our aim to get a Para-triathlete to Rio. I am very happy to be involved with such a strong team and I relish the opportunity to work with all of my fellow colleagues and team leaders in the weeks and months leading up to the Paralympic Games.”

The first wave of athletes will depart for Brazil on August 23rd, and will use the Irish Holding Camp in Uberlandia, Brazil to prepare for the Games, which has been set up with the generous support of Sport Ireland.