St Rynagh's march on in defence of Leinster title 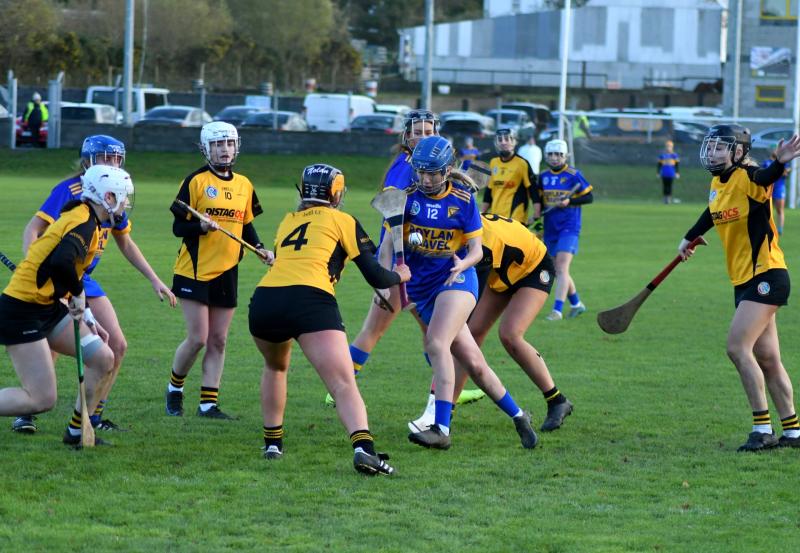 Having taken care of Rathnure in Wexford last weekend, St Rynagh's were again on the road again to take on Myshall of Carlow in the delayed 2020 Intermediate Leinster Club Championship.

After a very convincing win against the Wexford champions, the Midlanders were facing a different opposition in Carlow champions who have dominated their county for the past twenty years and are no strangers to success on a bigger stage with two All-ireland Junior titles to their name. In 2018 these two teams met in what turned out to be an epic game with St Rynaghs coming out on top on that occasion.

Before the match started there was an air of anticipation around the grounds with both sides having convincing quarter final wins.  St Rynagh's welcomed back Linda Sullivan to the starting line up and the Offaly side opened the scoring after a minute from a free.  The match was a close encounter throughout the first half with Myshall hitting 8 points with 4 of them coming from frees but St Rynagh's had the cushion of a one point lead at the break.

Unfortunately, the talking point at half time among the St Rynagh's followers was some dubious decisions from the referee which left the hosts lucky not to be playing with 14 players after some yellow cards shown may have been red on another day. Despite that, the Offaly team punished the opposition with Siobhan Flannery converting opportunities presented to her to leave her team leading by the minimum at the break.

The second half started with Myshall opening the scoring but another St Rynagh’s free restored their lead when Linda Sullivan hit over before Mairead Daly followed with another point to leave her team leading by two at the 2nd half water break.

After the water break Myshall hit the Rynagh’s defence with everything they had but the Offaly team stood strong and extended their lead to run out victors on a day where they will be grateful and relieved to come away with a win.

After a bruising encounter, St Rynagh's will not only be glad of the experience of Roisin Egan but also to the youth of Katie O'Connell who played an outstanding game, in a position that is relatively new to her.  The Shannonsiders also had stand out performances from Emma Corcoran at centre back and Mairead Daly who as one St Rynagh’s supporter was heard to say "saw every blade of grass on that pitch today”.

St Rynaghs will now go on to defend their Leinster title next Saturday when they travel to Clane to take on Celbridge who beat O’Moores of Portlaoise in the other semi-final.