Early goals set Ballinamere on the road to big victory 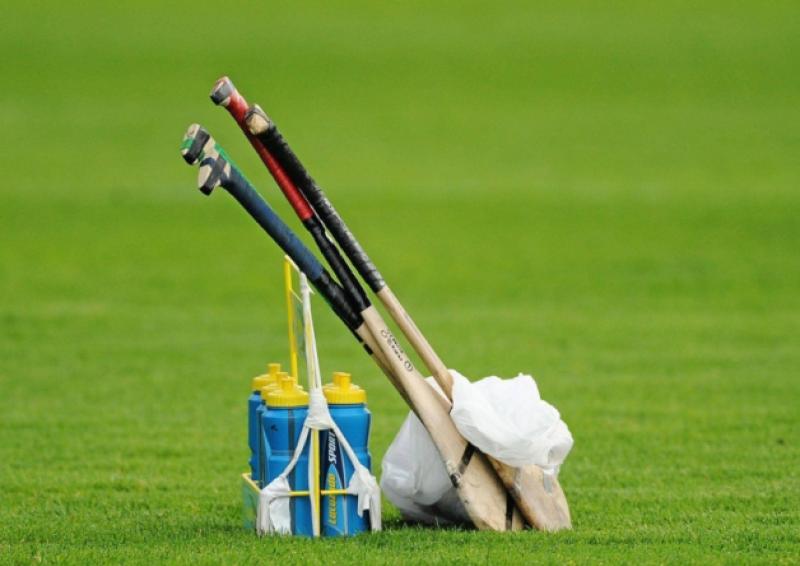 Ballinamere had 13 points to spare in their semi-final win

TWO goals in the first nine minutes set Ballinamere on the road to an emphatic victory over Tullamore in the Offaly Junior A Hurling semi-final in Kilcormac on Saturday last.

Those goals put Ballinamere eight points up even at that early stage and they were able to maintain that advantage from there to the finish, Tullamore never managing to get closer than seven points to them on a number of occasions thereafter.

Ballinamere were the stronger team all over the pitch and once they had got a grip of the game they ensured that they never relinquished it. They picked off their scores with regularity and they possibly could have won by an even bigger margin if they had converted a number of second half goal chances. A couple of those chances were drilled over the bar while the Tullamore defence got in some last ditch defending to prevent others.

Ballinamere were also the fresher team as it was four weeks since they played their final group game. In contrast because of the four way play off for the final two semi-final spots, Tullamore had played three games in a 12 day period and at this time of the year, with heavy pitches, it probably took a lot out of their legs and they never really got going in this one.

While they may not have got going Ballinamere certainly did and they were up for the game from the start. They were lively and busy all over the pitch and put good pressure on Tullamore whenever they were in possession. They played a nice brand of hurling, spreading the ball around well and moving with pace.

They showed their ability to take their scores, notching 2-12 of their tally from play, with six different players finding the range from play. Midfielder Conor Wyer and half forward Andrew Fitzgerald were their main scoregetters from play with 0-4 and 1-5 respectively, while Stephen Fitzgerald weighed in with 0-6 from placed balls.

Tullamore found it harder to score and Brian Hogan contributed the bulk of their scores with 0-7, six of them from frees, and none of their players managed to score more than once from play. They found the Ballinamere defence difficult to break down. They did create a couple of half chances but Ballinamere always seemed to be able to get someone back to get an interception in. Ballinamere hunted in packs and showed great hunger in putting the Tullamore man in possession under pressure and they worked hard as a team throughout the field.

The nature of the victory will give Ballinamere confidence as they head into Friday night's final as they will attempt to avenge their only defeat of this year's campaign, a four point group loss to Brosna Gaels.

Ken Molloy, Eoin Boland and Danny O'Brien impressed in the Ballinamere defence, Conor Wyer had a fine game in the middle of the field while Andrew Fitzgerald, Oisin Cusack and Jack Wyer were best in attack.

Dylan Hensey, Hugh Treacy and Darragh Connolly battled hard in defence for Tullamore, Ronnie Hughes put in a big effort around the middle of the field and Brian Hogan and Timmy Molloy were best in attack.

Andrew Fitzgerald edges Conor Wyer for the accolade. His strong running created a lot of problems for Tullamore, he picked off his scores well, finishing with 1-5 from play, and was constantly in the thick of the action.

The three minute spell early in the first half when Ballinamere scored their two goals was decisive. It gave them a comfortable cushion that they were able to maintain throughout the rest of the game, despite Tullamore's best efforts.

While both benches may have argued the toss about some decisions, on the whole referee Martin Walsh got most decisions correct. He didn't let any situations develop and kept control of things throughout.

The three play off games probably took their toll on Tullamore. This was their fourth game in 16 days while Ballinamere hadn't played for four weeks and were fresher. With pitches heavier and their last game only the previous Tuesday, Tullamore unsurprisingly looked a little heavy legged and a fresher Ballinamere took advantage of that.

Ballinamere face Brosna Gaels in the Junior A final on Friday night at the Faithful Fields, while Tullamore's bid for the Junior double comes to an end.

The Kilcormac venue was in good condition for the game and the sod was good for the time of year. Organisation of parking and traffic control was handled well by stewards.