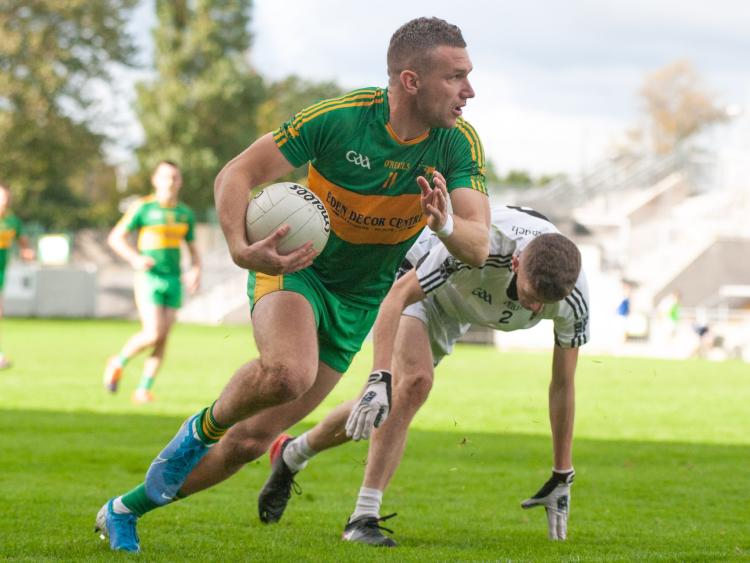 Rhode will face their neighbours Edenderry in the Offaly senior football semi-final following a game which very much resembled Cappincur’s season, a brilliant start and then things fizzled out in the end.

Having beaten Tullamore in their first game, Cappincur let a result slip against Clara and lost out on a county semi-final spot on score difference to Tullamore in a deflated end to a season that promised so much – with Tullamore having a very impressive win over Clara, a win or a draw would have put Cappincur on but that was never on the cards here and they bowed out on scoring difference with Tullamore scraping through.

Cappincur were relieved to learn afterwards that Tullamore's big 1-17 to 0-9 win meant that they avoided the relegation play off with Clara now playing Bracknagh in the game to decide who makes the dreaded drop.

Rhode on the other hand, once they found their rhythm in Daingean, always looked like they could step up another gear in this game if needed.

Amazingly, Cappincur had the first four points with no reply in the first six minutes, but then Rhode gradually stepped things up and when a goal from Conor McNamee edged them in front, they began to pick off their scores.

Cappincur failed to score for 25 minutes in that half and Rhode led by 2-5 to 0-6 at the break, having played against the light breeze.

From then on, Rhode were in control and while never really hitting the heights you would expect, always kept Cappincur safely at a distance.

In fact it could have been worse for Cappincur as Niall McNamee hit the post with a shot in the first half, and Peter Daly pulled off two good saves late in the second half to deny Rhode further goals.

Cappincur finished third in the group, with Rhode running out convincing winners and certainly will fancy their chances of adding another county title later this season, despite a tough semi-final pairing with Edenderry.