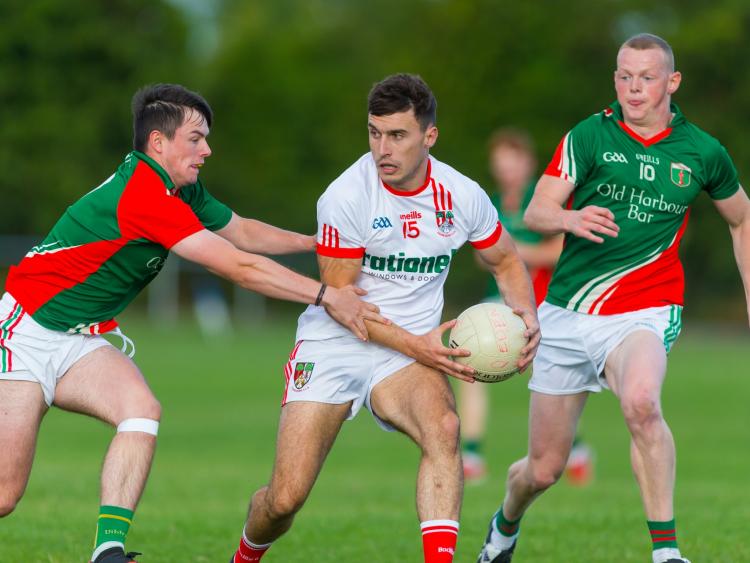 Sean Doyle, on song for Edenderry.

EDENDERRY kept their Championship hopes alive following a 2-16 to 0-11-point win over Shamrocks this evening in Geashill. Former Offaly footballer Seán Doyle helped himself to 1-05 as they comfortably saw off the Shamrocks challenge.

Edenderry never really looked like losing and led 1-08 to 0-08 at half time following a Lee Pearson goal just before the half time break. Despite only being 3 points down at half time, Shamrocks never recovered.

Edenderry’s dominance began to show as they outscored their opponents by 1-05 to 0-2 in the first 15 minutes of the 2nd half with the goal coming courtesy of Doyle. Jordan Hayes, Ciaran Farrell and a wonder score from Cian Farrell with the outside of his left put the game out of reach for Shamrocks.