Tullamore left reeling by near neighbours 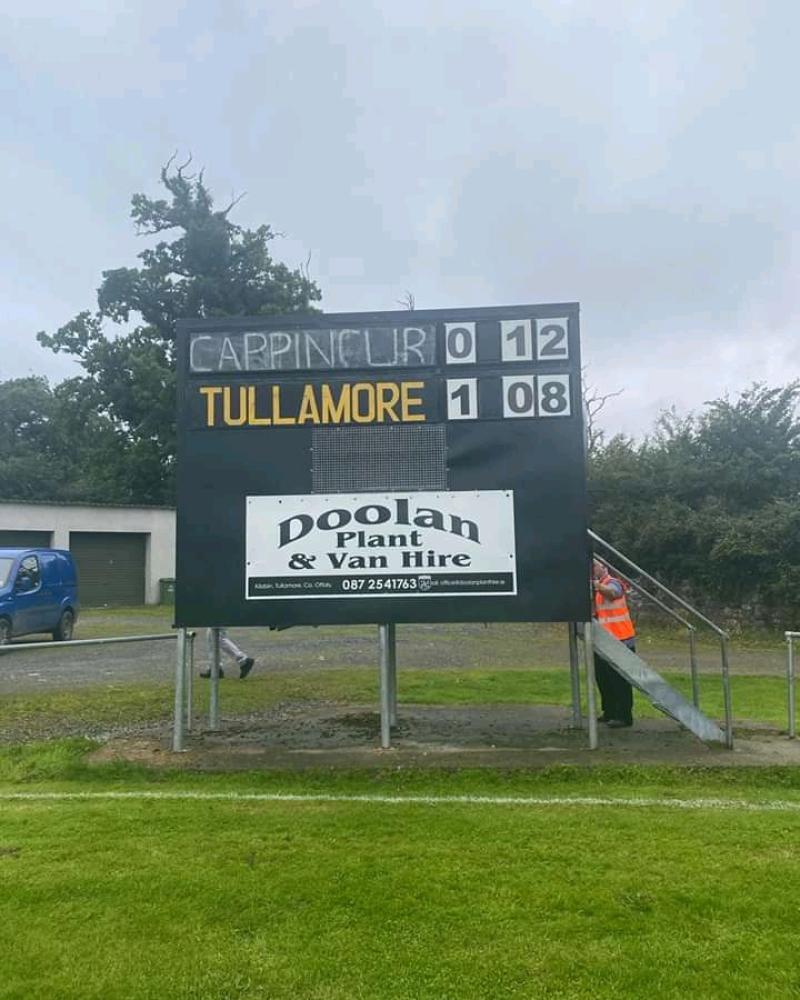 The final scoreboard says it all.

CAPPINCUR sent shockwaves through the Offaly Senior Football Championship with a stunning upset win over Tullamore in Clara.

An injury time point, kicked off his weaker left foot, by county star Eoin Carroll gave Cappincur a famous win that they will celebrate for many a long day.

It was a huge upset and one that throws group 2 up in the air – with games against Rhode and Clara to come, Tullamore are now into a knockout championship with little margin for error and they are staring a group exit in the face.

While Tullamore did appear to be vulnerable as they fielded a young and comparably inexperienced team, their demise caught most observers by surprise.

They looked to be on track for the win when they led by 1-4 to 0-5 at half time of a game played in damp and humid conditions at a well presented Clara pitch. The pitch was slippery but with little wind to contend with, a very evenly matched game was the outcome.

Peter Daly emerged as a pivotal figure in his new role in goals, converting important frees and keeping his goal very well. Him and Bill Carroll kept Cappincur ticking along in the first half while John Kavanagh was outstanding for Tullamore up front and his goal gave the town team the initiative at half time.

It was nick and tuck throughout the second half and a draw looked likely as the teams were level going into injury time. Up popped Eoin Carroll for that dramatic winning points and the cheer from the small Cappincur crowd – the attendance was limited to 200 including players and officials – could have came from 2,000 people!

The result was a huge one for Cappincur and leaves it all to play for in group 2.