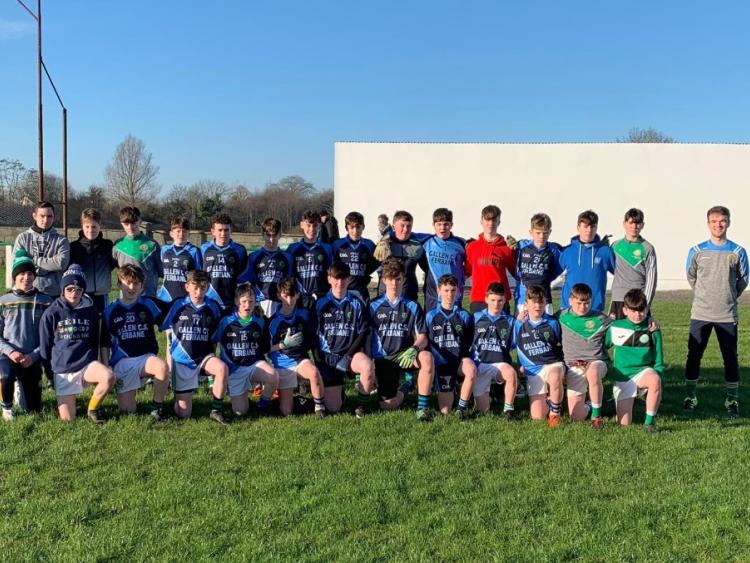 Gallen CS qualified for the North Leinster football final by virtue of an excellent win against a tough Clonaslee VS side in their semi-final match last Friday, February 1.

Gallen made a good start on home soil with Luke Coleman hitting 1-2 inside five minutes.

Clonaslee hit back with a goal of their own but Gallen's midfield began to get on top and a ready supply of ball into their forward line saw them hit three more goals in the first half to lead by 4-7 to 3-1.

In the second half, Gallen added two more goals to close out the game with Ciaran Lally and Eoin Tighe making sizeable contributions.

The tight Gallen defence limited Clonaslee to just 0-2 in the second half to put the polish on a fine win.

Gallen will now contest the North Leinster juvenile final against Pipers Hill College, Naas who beat Bush PP from Louth in the other semi-final.

This will be Gallen's first appearance in a North Leinster juvenile final as a combined entity having won the 2000 North   Leinster and Leinster titles as St. Saran's, Ferbane.