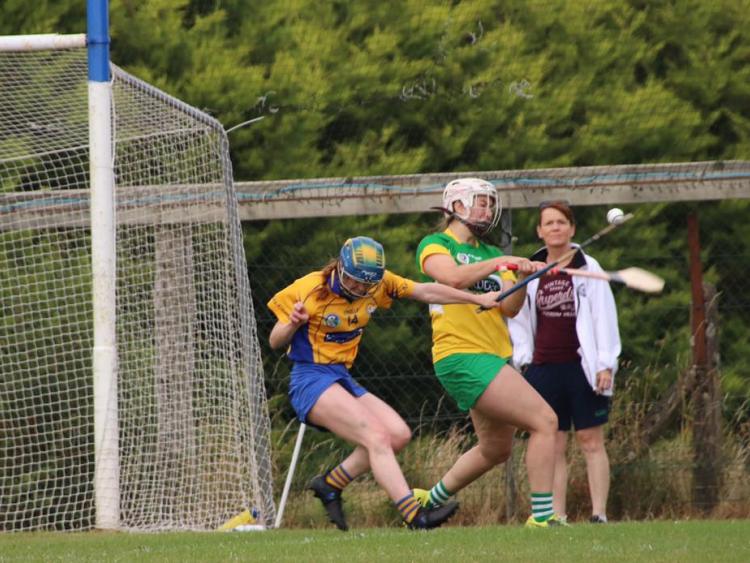 Offaly prepare for Limerick challenge in league opener this weekend

Offaly and Limerick will be joined by Clare, Kilkenny and Dublin in their group as the five teams battle it out for the top two positions in the group for a league semi-final spot.

In the other games of the weekend, Kilkenny host Clare while Dublin enjoy a bye.

Former Kilkenny hurler David Herity has left his role as Dublin Camogie manager while former Mayo Ladies football manager Frank Browne has been appointed as the new Dublin camogie boss. Herity's teammate Richie Power continues in the management team of Kilkenny natives Mike Wall and Ger Walsh for Offaly. The game is expected to be played in Birr depending on the impending weather conditions.

Offaly's 2018 league campaign was one of their worst campaigns to date losing all of their group games to Galway, Wexford, Tipperary and Cork. Offaly eventually went on to play Meath in the Relegation final where they defeated Meath 3-17 to 1-7 and relegated the Royals back to Division 2.

There have been plenty of changes in the panel with a number of players not opting in for the 2019 season.

Birr's Mairead Jennings, Deirdre Cashen and Sarah Harding, Kilcormac/Killoughey's Debbie Flynn, Kinnitty's Patrice Delaney have not been a part of the panel to date. There are plenty of fresh faces and returning faces to the panel such as Shinrone's Christine Cleary, Moneygall's Mairead Teehan, St.Cillians' Aisling and Ciaran Brennan and Elizabeth Harding who are welcome additions to the panel. There are no injury concerns going into their first game.

St.Rynagh's success in their Leinster Campaign means they have booked an All-Ireland semi-final spot on January 27 which means it is doubtful we will see the likes of Siobhan Flannery, Roisin Egan, Ellen Gilligan, Grainne Dolan and many more that may have been asked into the set up until the Leinster Championship in May.

In the second round of the competition, Offaly will travel to Clare to play Clare on January 26. The last time these sides met was back in 2015 where Offaly defeated Clare 2-12 to 0-11 in Birr. Offaly then have to travel to Dublin on February 3 in the third round of the league.

Offaly have played a number of challenge games in the lead up to the opening game where an exciting affair is expected given their history and tight scorelines in previous games. The last time Offaly and Limerick played in the League was in 2015 where Limerick defeated Offaly 0-13 to 1-8.