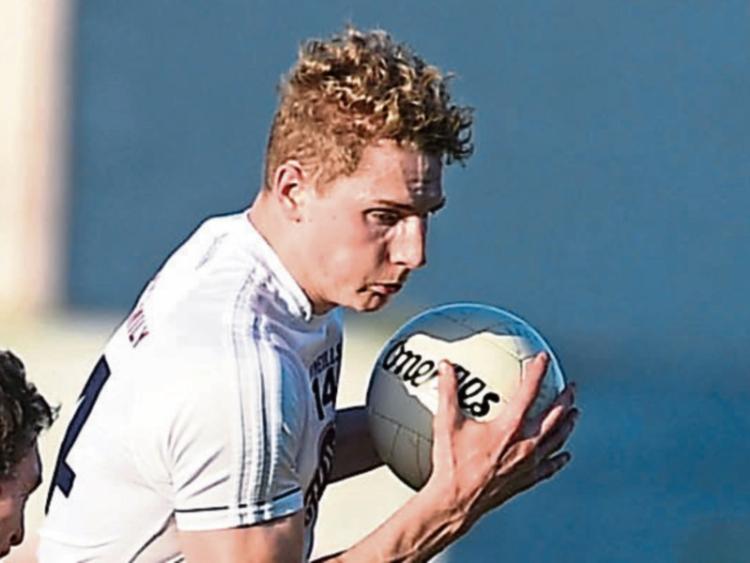 While Offaly received no All-Star nominations this morning, the county has a connection to two of the men listed for the prestigious GAA awards.

Kildare stars Paul Cribbin and Daniel Flynn have both been nominated in the forwards category having impressed during the year. Both men play with the Johnstownbridge club, not far from the border with Offaly, and previously attended St. Mary's Secondary School in Edenderry.

They were both part of the impressive GAA teams at the school over the years with Paul playing in an All-Ireland colleges final in 2009 and Daniel Flynn going one better to win the Hogan Cup in 2012.

They received the nominations after a good year for Kildare saw them qualify for the Super 8s, and cause the shock of the season during the qualifiers by knocking out serial All-Ireladn finalists Mayo following the #NewbridgeorNowhere furore.

Paul and Daniel are joined on the list of nominees by their Kildare teammates Eoin Doyle, as well as 12 Dublin stars following the capital's fourth All-Ireland title in a row.

The All-Star nominees were announced this morning by GAA headquarters. The nominations are divided into 3 goalkeepers, 18 defenders, 6 midfielders and 18 forwards. The final 15 that make up the PwC All-Star Football team of 2018 will be presented with their awards at a gala black-tie banquet in Dublin’s Convention Centre on Friday, November 2, which will be screened live by RTE TV.

Beaten All-Ireland finalists Tyrone received 7 nominations as have Galway and Monaghan. The remainder of the breakdown is Kildare and Donegal 3 each, Kerry 2 and Armagh, Carlow, Fermanagh and Laois receiving 1 each.

The selection was voted on by a committee made up of GAA media, and chaired by Uachtarán Chumann Lúthchleas Gael, John Horan.

These overall awards will be voted on exclusively by intercounty players and they will choose between Ciarán Kilkenny, Jack McCaffrey and Brian Fenton (Dublin) for the senior prize.

The shortlist for the Young Footballer of the Year prize is still confined to players under 21 and this year’s nominees are Brian Howard (Dublin), David Clifford (Kerry) and Michael McKernan (Tyrone).

Uachtarán CLG John Horan said: “My congratulations to all of those who have been nominated for these prestigious PwC All Star Awards.  After the fantastic summer of action that we have just had, with all the extra games and all the extra drama of the new quarter-final football format, it adds even greater honour to be chosen on this shortlist as one of the top performers of the season.  We have a selection of 45 players who lit up our season and we are indebted to them for the sacrifices they make to play Gaelic football at such a high level.”

Chairman of the GPA, Seamus Hickey said, “As a player, this is one of the most special awards you can receive. We all know the hard work that is put in, not only through the championship season, but all year around and the winners of these awards are testament to that. Congratulations to all of those nominated for PwC All-Star awards this year”.

Footballer of the Year Nominees

Young Footballer of the Year Nominees