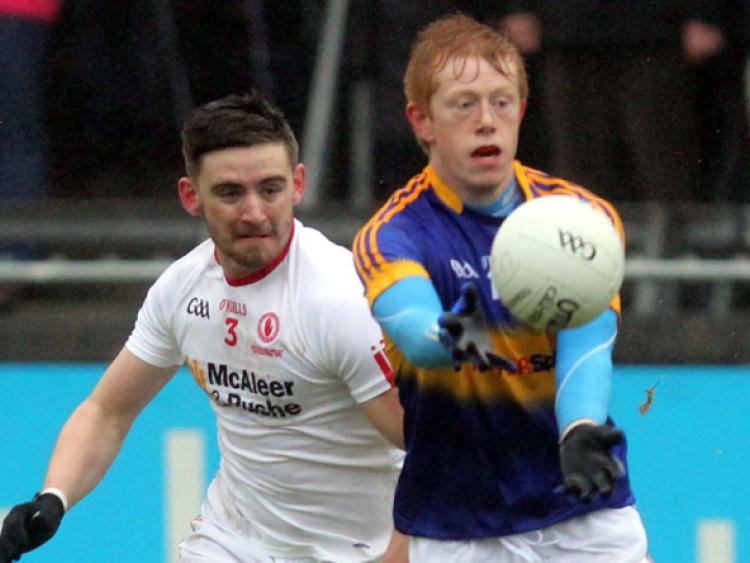 Offaly will have at least one connection with this Sunday's All-Ireland Football Final through Tyrone star Padraig Hampsey.

Ballycumber GAA reported the link this week, revealing that Hampsey has strong Offaly ties with his mother Geraldine Leonard being from Mountbolus originally.

They said the hunt is on locally for tickets to support Padraig Hampsey and his Tyrone teammates in the All-Ireland final against Jim Gavin's seemingly unbeatable Dubs.

Tyrone manager Mickey Harte named his starting team for the Titanic clash and Hampsey has been listed to start at cornerback for the game in Croke Park on Sunday.

The versatile Coalisland man is happy playing midfield or halfback, as he does for his club, but of late he's been utilised as a touch-tight cornerback.

He marked Michael Murphy as Tyrone beat Donegal in the last game of the Super 8s, and as well as keeping tabs on the big Donegal captain, he also waltzed upfield late on and tagged on two points from play.

He followed that with a man-marking job on Monaghan's enigmatic forward Conor McManus in the All-Ireland semi-final, restricting him to just a single point from play.

Former Tyrone great Owen Mulligan has referred to Hampsey as Tyrone's secret weapon, suggesting he is in line for an All-Star later this year.

No doubt Offaly fans of the game, and in particular those related in Ballycumber, will watch with interest as Padraig takes on the Dublin full-forward line on Sunday afternoon.