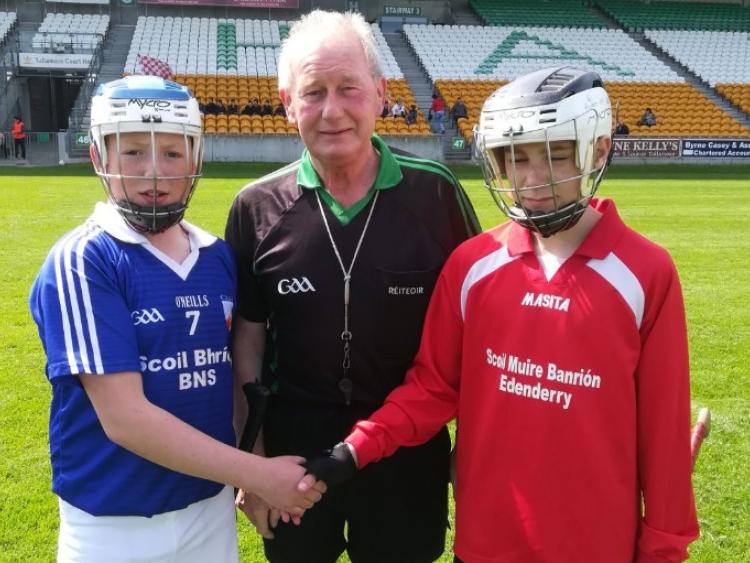 This was a fiercely contested affair from the first minute with the likes of Cillian Foran for Edenderry and Davin Keegan for Tullamore getting down to a midfield battle for possession.

It took four minutes for the game to produce the first score and that came through a well taken free for Edenderry's Cillian Foran. Tullamore had vocal support in O'Connor Park and they were roared on to an equalising point through Davin McDonagh.

There was a key moment on the seven minute mark as the game sparked to life thanks to a long range goal from Tullamore's Davin Keegan. Cillian Foran replied with a converted 65 and followed that with a free to level the teams on 12 minutes. A real battle saw the game remain scoreless until the 19th minute when David McDonagh ensured Scoil Bhrude led at the break, 1-2 to 0-3.

The impressive Davin Keegan made sure Tullamore extended their advantage early in the second half as he knocked over two points, but Edenderry's Cillian Foran was a massive threat.

With his side trailing by three, he went hunting for goals and with two long range efforts, he managed to hit the net twice in a three-minute spell, putting Edenderry BNS ahead, 2-3 to 1-4.

The game was raining goals and Tullamore's Dermot McDonagh got the next one after a goal line scramble before Foran once again saw a long range effort drop into the Tullamore net.

There was one point in it as Tullamore aimed to overturn the deficit but Gytis Sidlauskas sealed the win with a late goal for the Edenderry team. The game finished on a 4-3 to 2-4 scoreline for the Edenderry outfit.